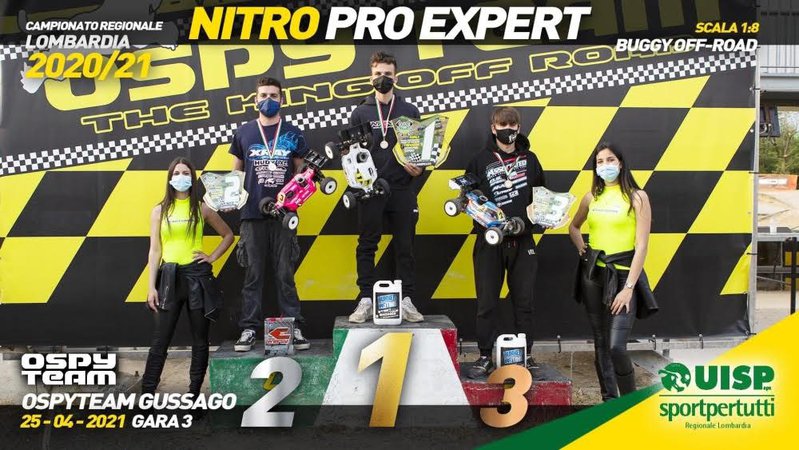 Last weekend there was a regional race at the awesome track of Gussago Ospyteam! Riccardo Berton and Marco Baruffolo both grabbed wins.

The race was only on Sunday and on Saturday we had 7 rounds of battery with e-buggy and 7 with Nitro. We used that rounds to know the tracks because it was very difficult because it’s very rhythmic. At the end of the day both cars were on point and ready for Sunday.

In e-buggy I TQed the first 2 rounds while in the last round I tried different tyres but they didn’t work well. In the final I Won all of 3 finals and took the overall win.

In nitro’s quals after took a 2nd, 3rd and 4th I finished 3rd overall behind Berton and Ongaro.

The first 10 minutes of the final were amazing with a super close battle between me, Ricky and Davide. I took the lead and gained 8sec gap but I make a mistake and lost it.

In the end I had to do one fuel stop more than Ricky and finished 2nd overall. 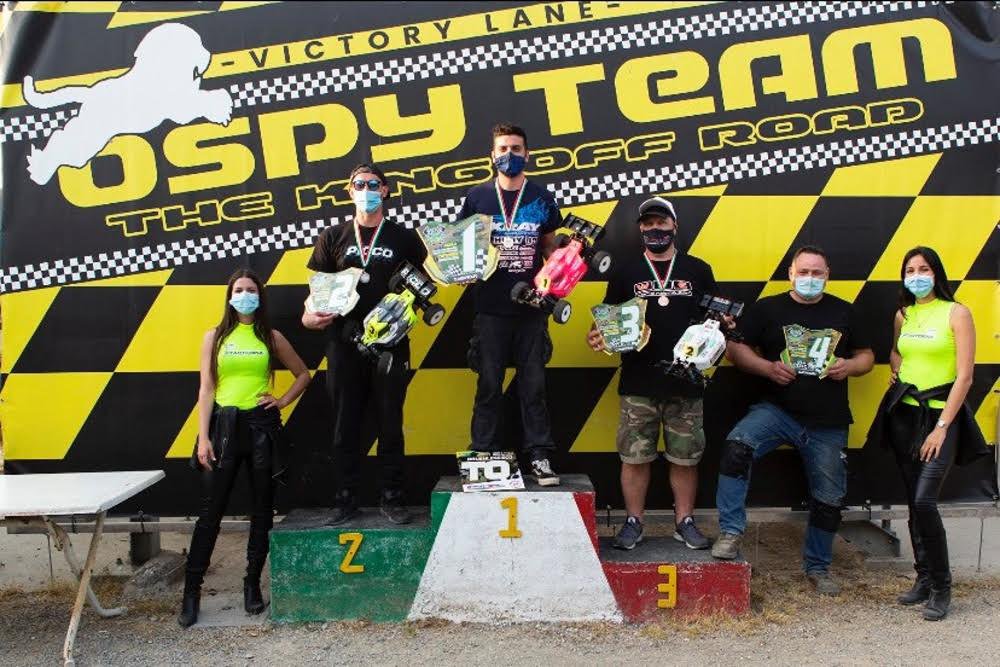