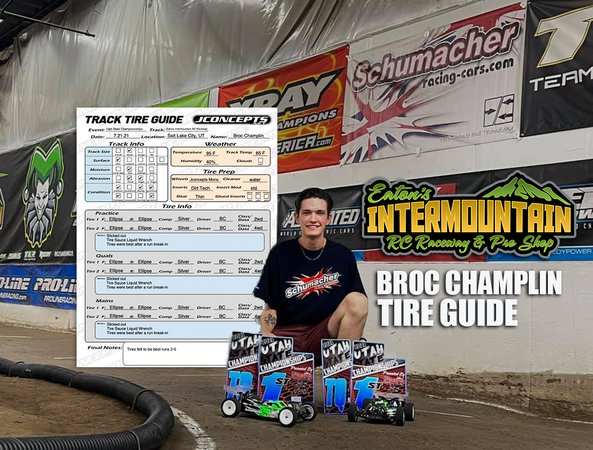 Recently, JConcepts Team Driver Broc Champlin went out to Eatons Intermountain RC Raceway for the Utah State Champs. The weekend had many great battles between Broc Champlin and Rob Gillespie making it exciting. As seen below it was a medium sized dirt track that was dry with medium-high abrasion. As for lap times the faster drivers were averaging 15.2 second lap times in 4wd Modified Buggy and 15.5 second laps in 2wd Modified Buggy. The layout looked fun yet challenging as it featured several double and triple sections.

The popular tire of the weekend was the Ellipse. A standard for most indoor 1:10 scale tracks. The surface was packed, bumpy, but had a groove. Champlin found that the best way to run his tires were slicked out and sauced with Liquid Wrench. He felt they performed the best after a run to break them in a little. Check out his tire guide below to learn more.

Moving into the mains, Champlin would start off the day taking 2nd in 2wd Modified Buggy and 1st in 4wd Modified Buggy. Champlin was motivated more than ever going into round 2 of mains, and he made it happen as he took the win in A2 of 2wd Buggy. He carried that momentum into 4wd Buggy where he took a 2nd win which secured him the overall! It all came down to the final round of 2wd Buggy to determine if he could round out the perfect weekend. After pushing hard, Champlin was able to take the win in A3 and  take home all the hardware! 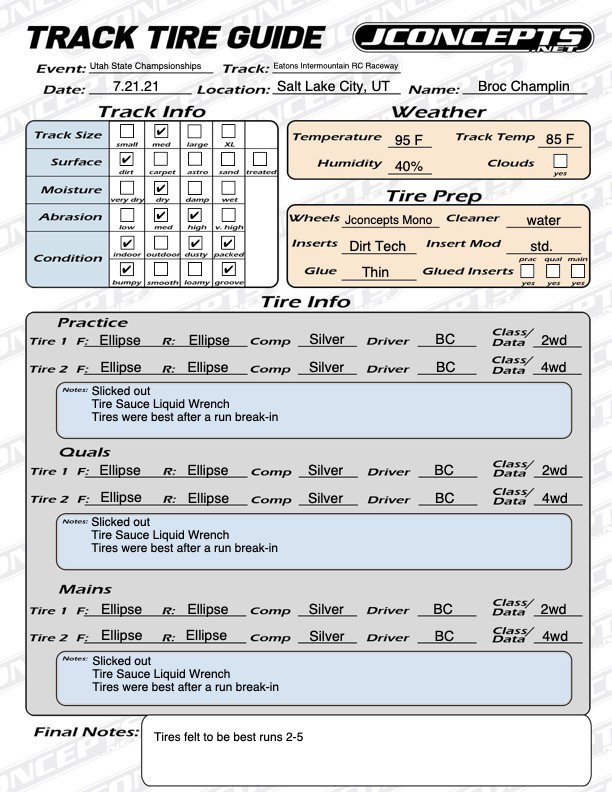