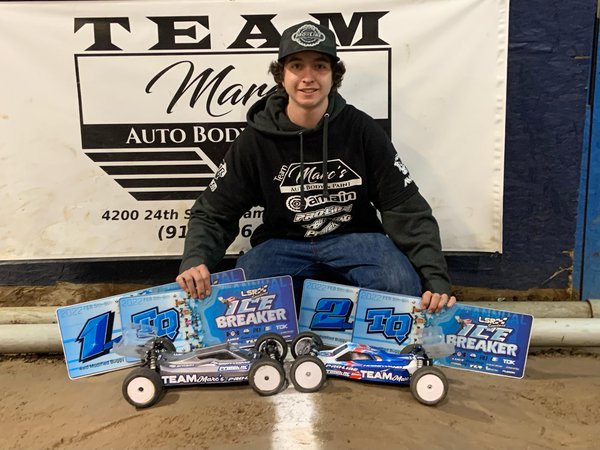 ProTek RC’s Adam Drake swept the Nitro and eBuggy classes at this weekend’s wildly successful Winter Rage at the Walla Walla Country Fairgrounds in Walla Walla, WA. Just a little further south in Sacramento, CA, ProTek RC’s CJ Jelin won the 4wd Modified Buggy title at the 2022 Ice Breaker at LSR Speedway and was second in 2wd Modified Buggy. Drake TQ’d and won all three classes he entered at Winter Rage, which was hosted by Rage Motorsports and featured nearly 350 entries. Powered by the ProTek RC PTK-5131-22 4s shorty pack, Drake won both the A1 and A2 mains in the triple-A format to win the eBuggy title. He also won the 30-minute A mains in both Nitro Buggy and Nitro Truck, dialed in with the ProTek RC 170SBL and ProTek RC 170TBL Black Label High Speed Brushless Servos. To kick off the event Drake also hosted a sold-out clinic for racers and fans alike.

“What a great weekend up in Walla Walla at Winter Rage, racing and interacting with a great group of RC enthusiasts and

very fast racers. I really enjoyed hosting the clinic to open the event. On the track my Mugen Seki MBX’s with ProTek RC

servos and batteries were dialed all weekend long,” stated Drake.

CJ Jelin TQ’d in both 2wd Modified and 4wd Modified Buggy classes, winning 4wd Mod Buggy with tone-to-tone wins in both A1 and A2 of the triple-A mains. He posted a pair of seconds in A1 and A2 and won A3 to finish second overall in 2wd Modified Buggy. Jelin’s 1/10 scale buggies were locked in with ProTek RC batteries and servos. The entire ProTek RC line of batteries, servos, and accessories as well as most of the products run on Drake’s and Jelin’s winning vehicles can be found at amainhobbies.com. 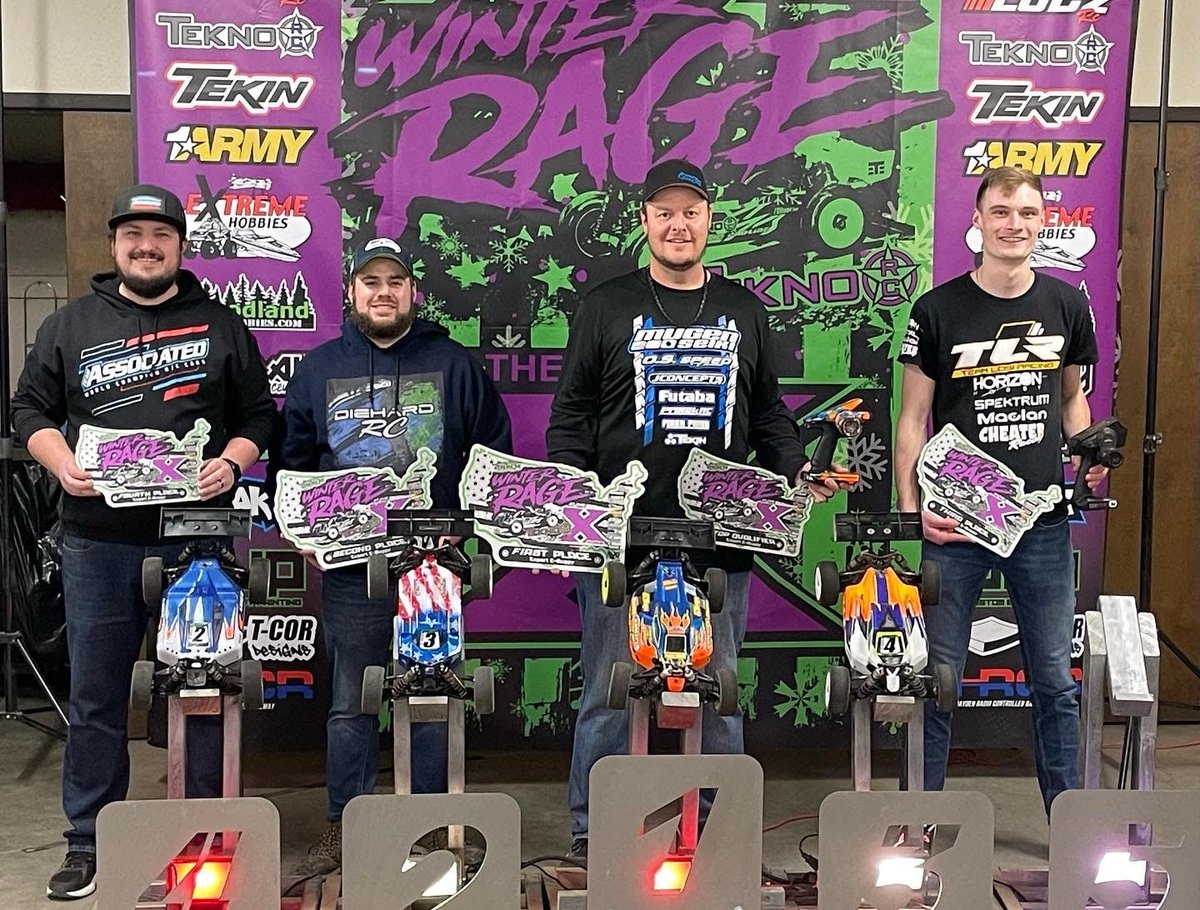