Believe it or not, you can still go to the original website with all the information and results from the 2000 IFMAR worlds which was held in Las Vegas, Nevada. If you would like to check it out for yourself click here.

AMB personal transponders in production form were seen for the first time at the event according to the website. 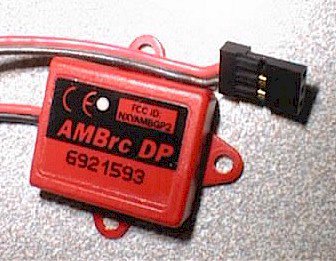 The website even has a full writeup on how the finalists did in qualifying and how they ended up in the main event.

Here is the route the Finalists took.

Car 1 Mark Pavidis (Qual 1) 4th Overall
Mark dominated qualifying, TQing the first 4 rounds, breaking in the 5th and scoring 152 points as 3rd in the final round. Having sat for a day and a half watching the rest run their finals, he seemed determined to destroy the rest of the Finalists. His opening pace was fierce. Laps 9 -62 were spent fighting places 3-6. lap 63 say him back in 2nd and charging at Kanai and but for a breakdown a few minutes from the end, he may have been the first American 1/8th IC Off-Road World Champion. The graph shows a marked lack of consistency in the first 25 laps while he fought for places. The middle third was less frenetic.

Car 2 Jeremy Kortz (Qual 7) 1st Semi, 8th Overall
Qualifying was progressively better for Jeremy, scoring 45, 127,141,150,143,153 in the 6 rounds. In his Semi he was car 3 and although he dropped as low as 7th on lap 6 (only 11.68 seconds from the leader) he gained first place by lap 11 and never looked back, finishing with a 13 second lead over Daniel Reckward. In the Final he maintained second after the opening laps until a setback on lap 49 and a major loss of some 4 minutes on lap 55, after which he maintained 8th place until the end.

Car 3 Miguel Matias  (Qual 28) 2nd 1/4, 1st Semi, 3rd Overall
Qualifying was up and down with a good Tuesday and variable 2nd and 3rd days 146, 144, 26, 115, 24, 128 being the points scored. Clearly capable of better things he demonstrated this by climbing steadily from 7th on the grid in the 1/4 B Series Final, hitting 2nd place on the final lap and from 9th on the grid in the Semi held first place from lap 3, dropping to second on lap 24 from Kania, regaining the lead on the next lap and winning. In the final he was clearly car 3, holding that place more or less all the way through, taking a short spells in 1st place on laps 48-52 and 55-61. Lap 62 was the crucial lap, with most time (and 3 places) lost, but 3rd was regained 3 laps from the end when Pavidis retired. The graph shows that speed is not that important. Look at laps 12,13,14. Sector 1 & 2 times are more or less level, but the speed varies 20-28mph.

Car 4 Yuichi Kanai (Qual 2) 2nd Semi, World Champion
Excellent Qualifying, 151, 151, 146, 152, 150, 155 telling its own story. He was in the same heat as Billy Easton, who helped set the pace. Kanai had a hard Semi, dropping as low as 9th, but with 5 or the top 7 laps, clawed his way back to the lead, settling for 2nd place. The Final was a different story. He hit the front on lap 5 and stayed there, briefly sharing the lead with Matias from lap 48-61, then never faltering until the chequered flag. A confident, measured drive and a worthy World Champion. The graph clearly shows most of the fuel stops (regular slower sector 1 roughly every 9 laps). Consistency suffers in the second half, when Matias put him under pressure.

Car 5 Daniel Reckward (Qual 19) 1st 1/4, 2nd Semi, 2nd Overall
The defending World Champion was clearly not satisfied with qualifying 145, 134, 124, 108, 146, 26 showing a lack of consistency. In his 1/4 Final he held a clear lead from lap 11. In the Semi he had a fight on his hands, only getting to 2nd place by lap 18 and then not being able to eat into Jeremy Kortz's lead. The Final was a similar story, with the first 48 laps spent in the lower order. the breakthrough came on lap 49 (5th) followed by a steady climb hitting second place on lap 72 after the Pavidis demise. The graph shows Daniel to be Mr. Consistency in the speed trap and despite running in the lower orders early, there were some very swift fuel stops..

You can also find the full overall results here. 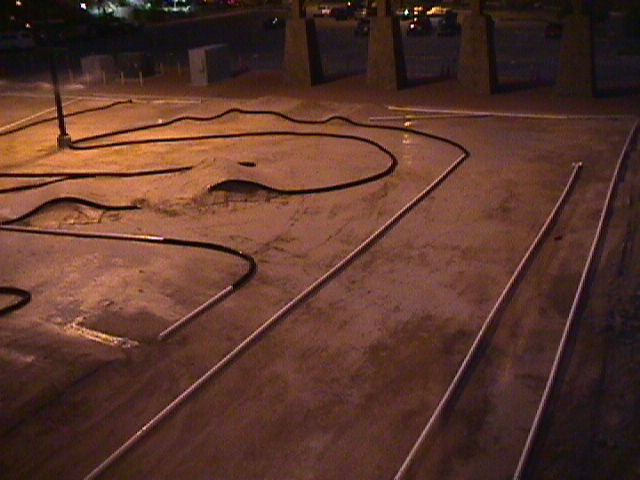 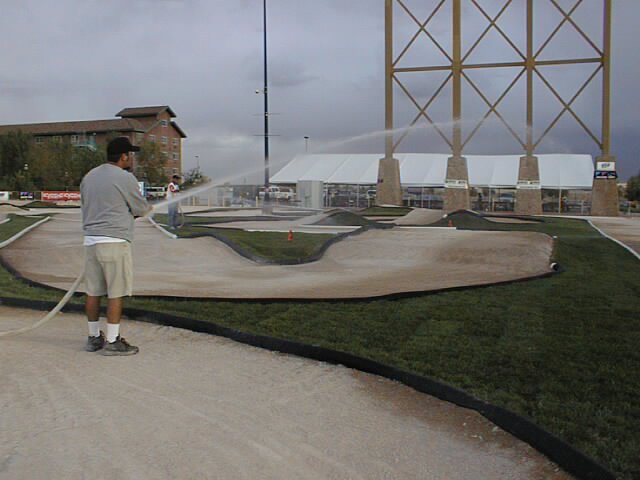