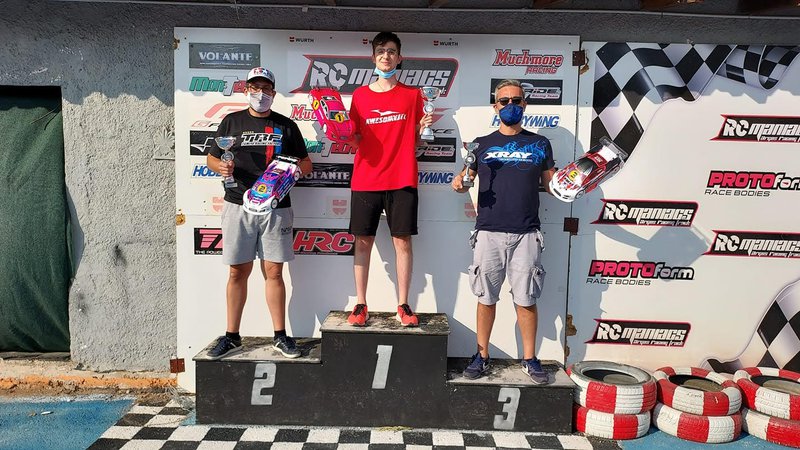 Last weekend on the 11th of July, the first round of the Greek Nationals for Touring Modified and Stock classes was held in the high-grip and technical track of RcManiacs at Argos, Greece with 30+ participants across both classes. The conditions were super-hot with air temperatures soaring over 35°C and track temps over 60°C.

In the Modified class, 3 out of 4 qualifying runs counted for the starting order. Dimitris Ioannidis (Awesomatix) managed to win the first 3(Q1, Q2, Q3) securing pole position early on with Filippos Isaakidis (Tamiya) earning 2ndon the grid winning in Q4 in front of Andreas Koutras (Mugen Seiki) who would start 3rd for the finals.

In the finals, Ioannidis won A1 and A3 after a DNF in A2, awarding him the overall win. Filippos Isaakidis won A2 and had 2 P2 finishes achieving an overall second place with Dimitris Mitropoulos (Xray) rounding out the podium after close battles with Koutras whom he was tied in points with after the 3 finals.

In the Stock Class, the race structure was identical to that of the Touring Modified class. In qualifying young gun Filippos Oikonomou (Awesomatix) took pole position after winning Q3 and Q4 in front of Giorgos Maricholas (Awesomatix) with a win in Q2 and Giorgos Kalantzakis (Xray) with a win in Q1.

In the finals, the battle was fierce between Oikonomou and Maricholas with the latter taking the overall victory winning A1 and A3 and the former taking home P2 winning A2 after some bad luck in the first final. Christos Vasilopoulos (Xpress) rounded out the podium after some exciting battles with fellow drivers. 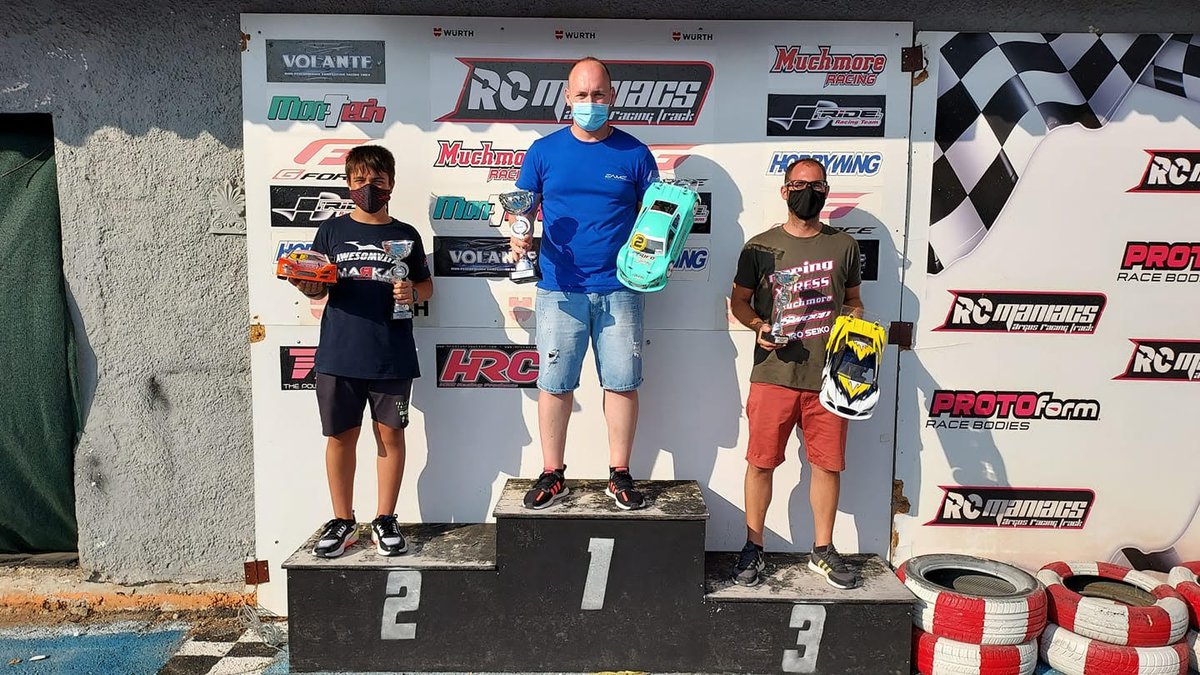