Gruber and Lagerin Win at The Central German Championship R1 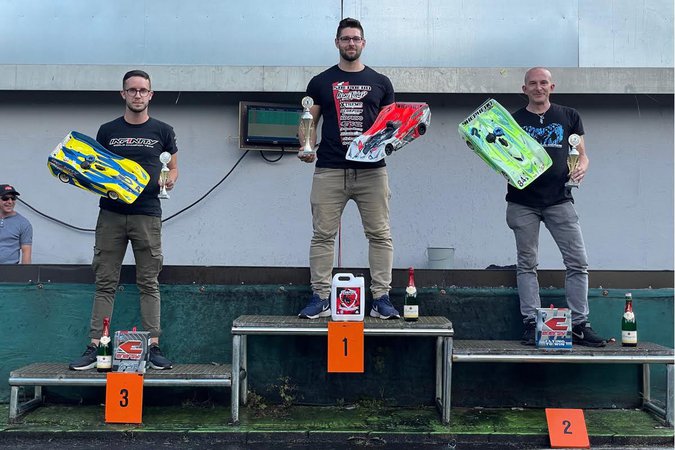 Last weekend the first race of the central German Championship took place at the Wiesbadener Minicar Club track with 42 drivers attending the event.

In the expert class it was Shepherd factory driver Toni Gruber who claimed the pole-position for the 30min final followed by Shepherd returnee Oliver Mack in second position. At the start of the final Toni was able to defend the first place but Olli followed close behind and tried to keep the pressure high. At the first pitstop team Mack was a little bit faster and Olli re-entered the track just in front of Toni and took over the lead. In the following minutes Olli increased his lead step by step, but unfortunately a backmarker crashed into Ollis car ruining every chance for a victory as some repairs were necessary. Toni took over the lead and never looked back crossing the finishing line in front of Olli who was able to keep the second place. Dennis Weihert completed the podium in third position.

In the amateur class it was rookie Tyries Lagerin who claimed the pole-position in his first race ever in front of the Shepherd drivers Markus Friedrich and Christian Willert. In the main final the racing order changed several times, but after 30 min it was Tyries crossing the finishing line in first position followed by Sven Petrik and Christian Willert. 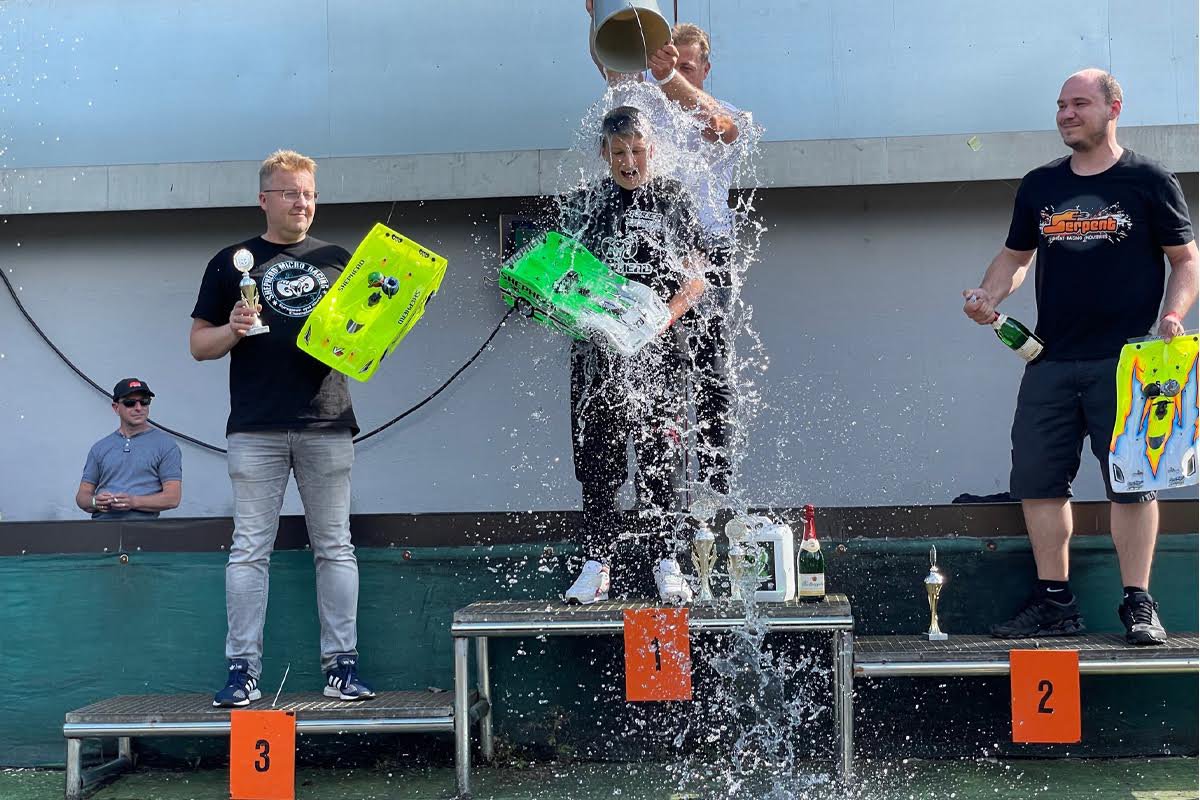