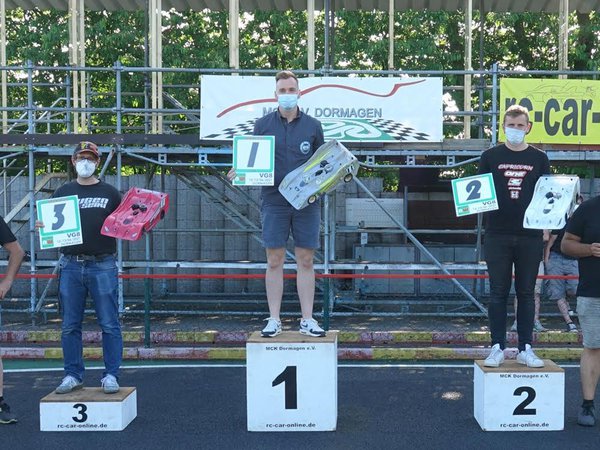 Last weekend the first race of the 2021 Nitro West Masters took place at the Mck Dormagen track with 45 drivers in attendance. For Shepherd it was a great event with victories in two classes and the most cars of all competitors by far: 42% of the drivers were using a Shepherd car.

In the 1/8th scale class Tobias Hepp showed a great performance with his Velox V8.2 all weekend long. Starting from P2 Tobi managed to take over the lead at the 2nd round of pitstops and never looked back although he was the only driver who didn't change tyres in the final. Tobi crossed the finishing line two laps in front of Melvin Diekmann and Daniel Tönnessen took the final podium step another lap down.

In the 1/10 standard class it was Shepherd racer Arndt Bernhard with the TQ and the victory. Arndt saw the checkered flag about one lap in front of Bernd Hasselbring in second with Carsten Diekmann completing the podium another 10 laps down. 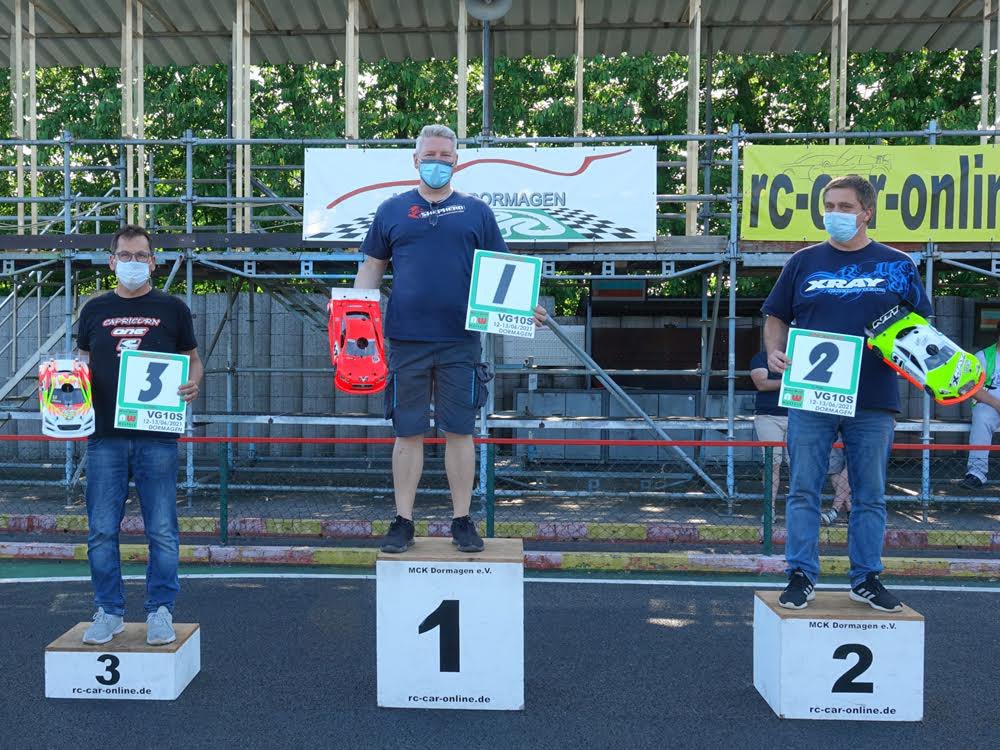