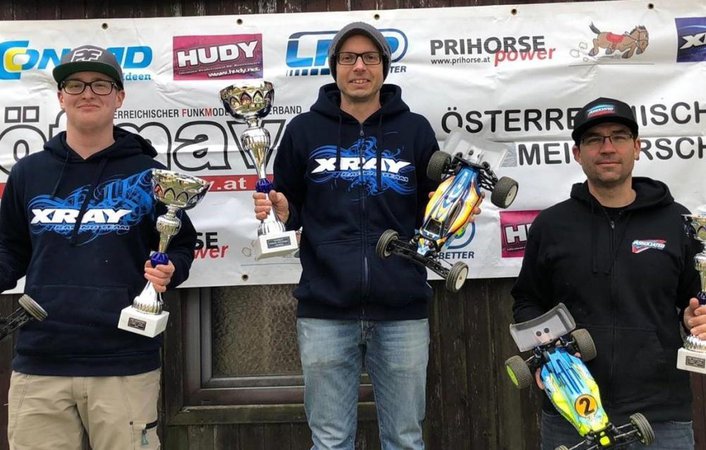 The first round of the Austrian Nationals was held on one of the few dirt tracks left in Austria, up north close to the Czech boarder.

The weather forecast looked terrible the week before the event, with even having the chance of snow on Sunday.

Luckily we could race all weekend with only one rain delay on Saturday afternoon.

Racing on Sunday was very cold with a lot of ice cold wind and super slippery conditions, which made racing very difficult, but very close.

In 4wd Martin Kreil could snatch the TQ spot with the fastest time in the last qualifier - In the finals it was a close affair between Kreil, Honigl and Grainer - Martin could win the first 2 finals and get the overall win in front of Honigl and Grainer. 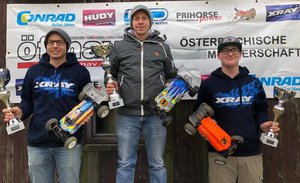