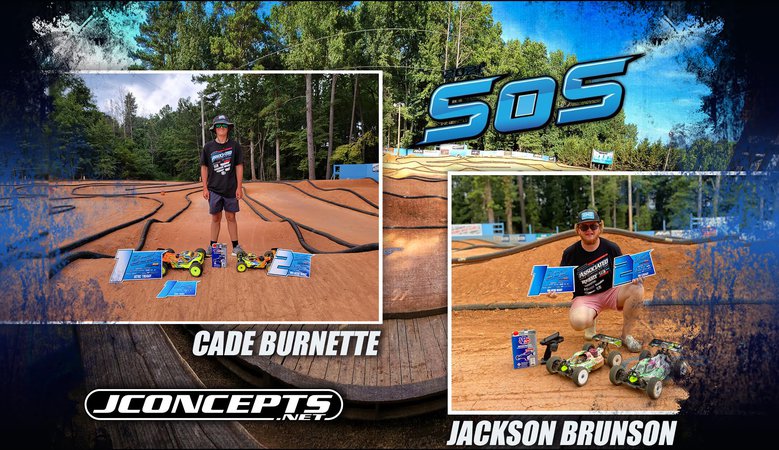 This past weekend several JConcepts drivers traveled to the Loganville RC Complex in Loganville, GA to compete in the SOS Finals check out how they did! The Southern Off-Road Series is a circuit of races in South Carolina and Georgia that attracts many of the fastest drivers in the South!   The series consists of 5 races that take place at the following venues:

Team Driver Mark Moon recently took over the Loganville RC Complex and has done a phenomenal job pouring his passion for RC into the facility and race program! Team driver Brian Burnette helped Moon prep for the SOS final by designing and building the track layout. It’s actually this dynamic duo along with the help of Susan Moon who stepped up and put on the SOS Series. Talk about teamwork!

The track surface was dry, packed, abrasive, and had a smooth groove. Naturally, the track varied a little throughout the day based on weather and maintenance so it had some moisture in it at times as well. We caught up with Team Driver Jackson Brunson to get his take on the track. “I really enjoyed this track layout. It was a busier layout than normal, but it made for some good racing in all classes and really favored corner speed.”

Results from the Final Round:

We had several fast team drivers in the Pro Nitro Buggy race in addition to Cole Ogden who is another extremely fast driver in the racing scene. We had Jackson Brunson, Shay Brand, Coty Ingram, Cade Burnette, Mark Moon, Logan Cowick, Tim Hobbs, and David Olsen. A race stacked of JC drivers! Brunson equipped his RC8B3.2 with Aqua Detoxes and was ready to race! Brunson battled it out with Ogden on and off the entire 20 minute main. He swapped the lead with Ogden a few times in the race, but ultimately was only managing a 3-4 second gap behind him. “I had to really hit my marks to keep up and remind myself to stay in it until the end,” Brunson shared. With 4 laps to go, Ogden would encounter lap traffic which would give Brunson an opportunity to completely take over the lead! He was able to keep pushing and cross that finish line with the win!

It was a JConcepts sweep in Nitro Truggy with these three drivers putting in some serious work to bring home the hardware. After having to miss all of the practice and qualifying Burnette started 11th on the grid in the B-Main. He was able to dial in his RC8T3.2 and kick up some dirt as he confidently took over the lead by lap 4. He was running Blue Reflexes in the B-Main when he took the win. Unfortunately, the hard work wasn’t over yet, he still had one more mountain to climb. He hooked up his Truggy with A2 Reflexes and patiently anticipated the start of the A-Main from 11th on the grid. The race kicked off, driving his heart out, he was trying to gain positions as the clock was ticking down. With only a handful of laps left in the race he was battling with Cowick and Mehring, but would he have any more to give? Burnette made one final push with 2 laps to go and took over the lead!! Incredible! He was able to start last in the B-Main and win the whole thing! Teammates, Cowick, and Mehring had awesome runs as well earning their spots on the podium! Cowick had a strong showing all weekend as he was the overall TQ!

Ultimately, JConcepts would take 9 podium spots at this final round of the SOS Series and work together to represent! We’ve attached Jackson Brunson’s winning Tire Guide below for you to check out and use. Congratulations to Mark Moon, Susan Moon, and Brian Burnette on a successful series! Brunson left us with one takeaway/piece of advice that we think everyone would benefit from. “If there is one thing that I will keep in my mind from this race it’s that no matter if you are 2 seconds behind the whole time or 10 seconds, always give it 100% because it isn’t over until it’s over.” 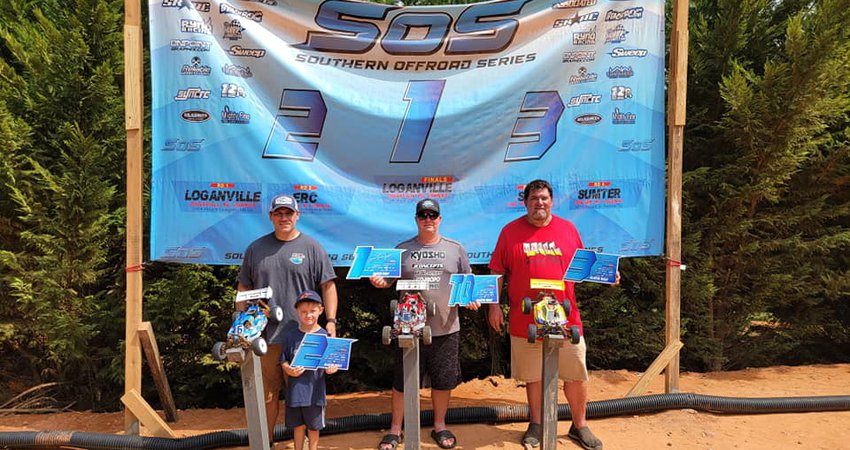 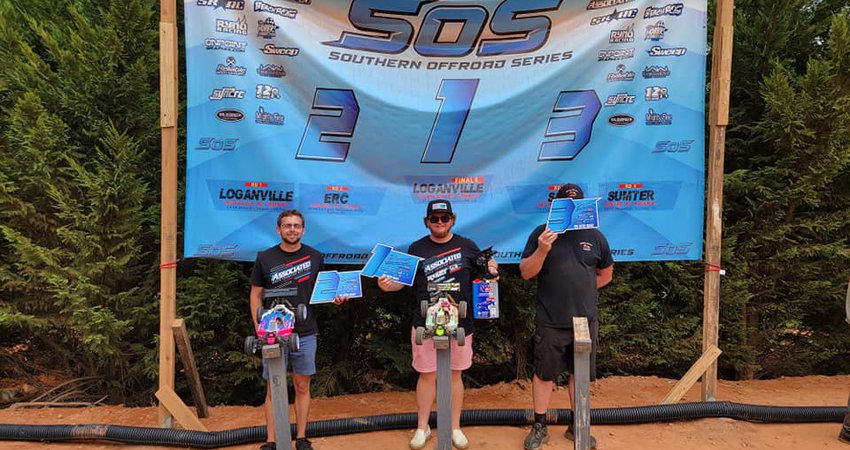 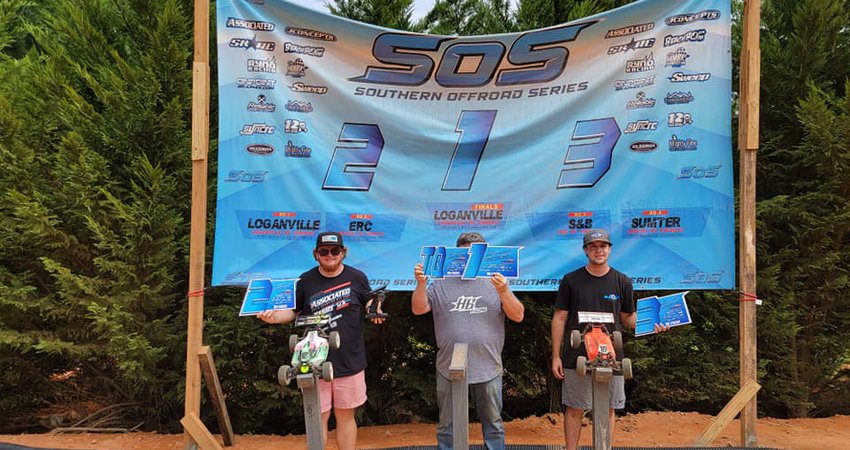 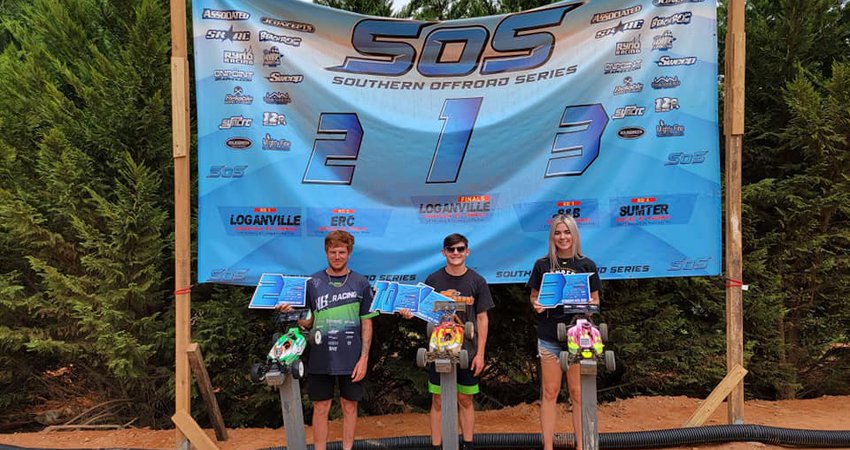 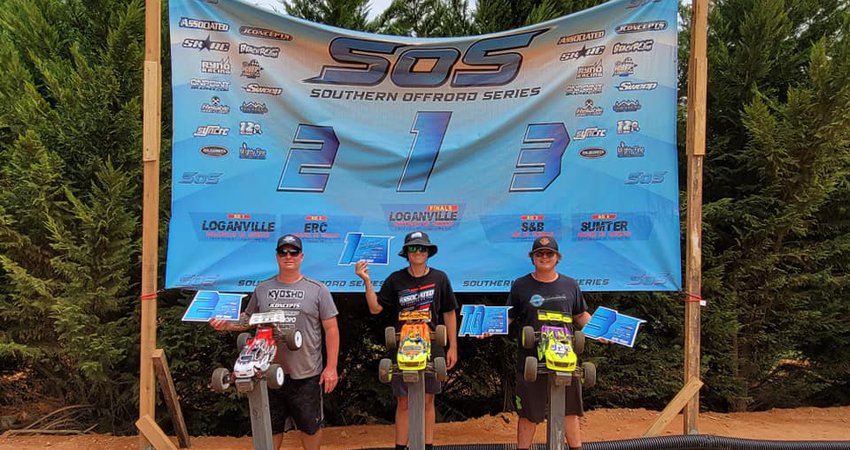 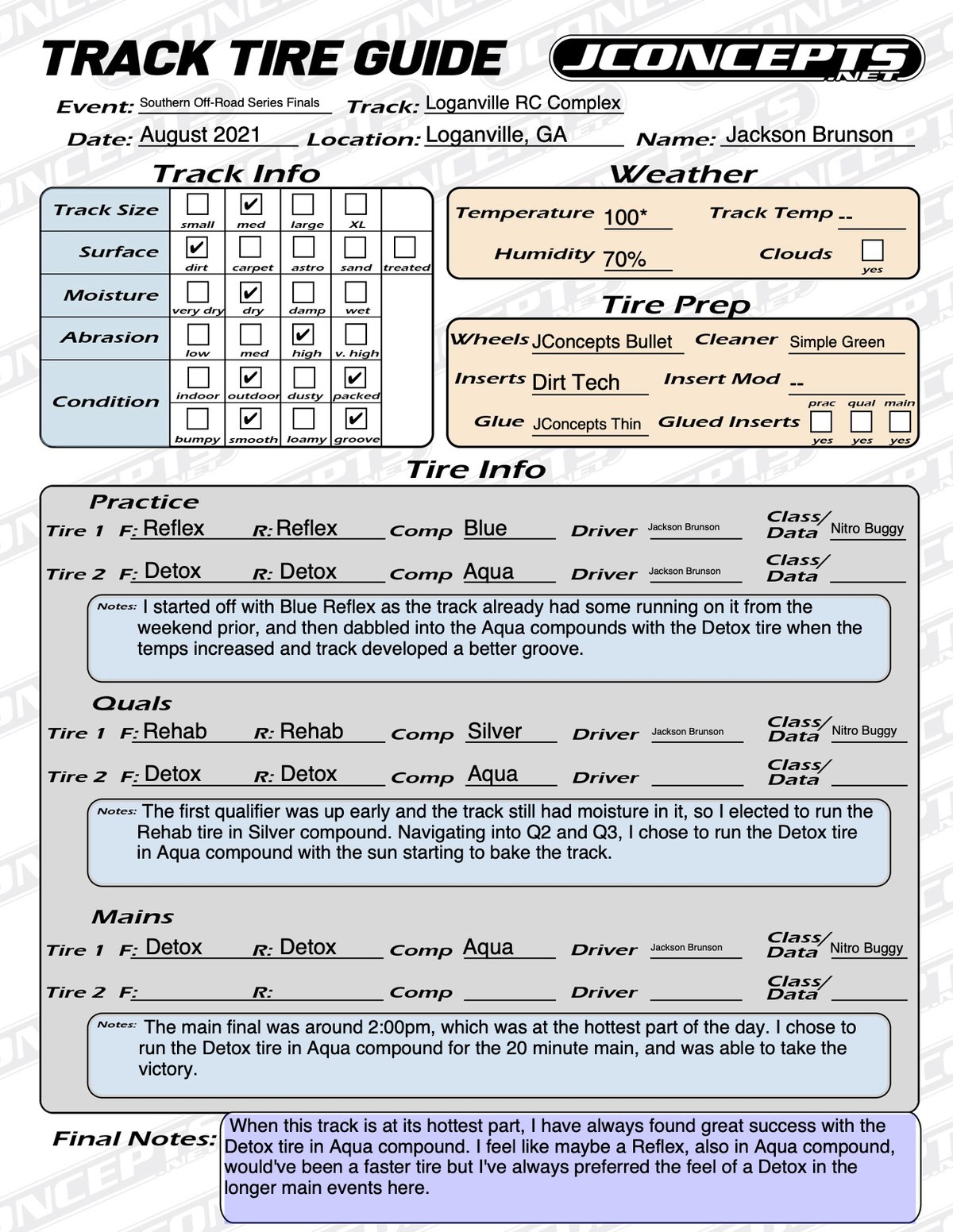