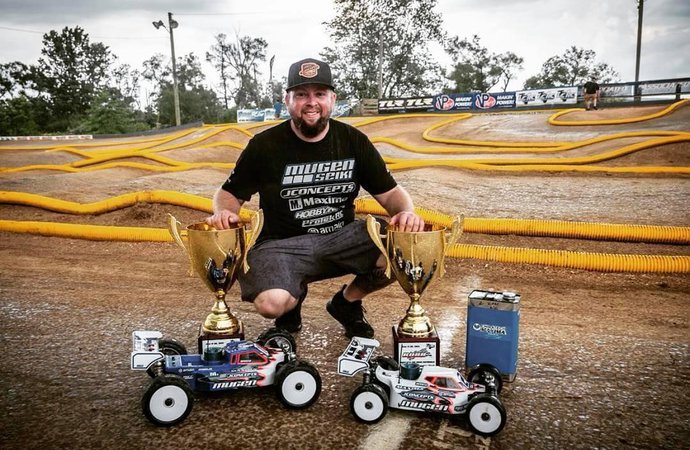 Mugen Seiki Racing would like to make Ryan Maifield’s exit from the factory team official ahead of the 2023 season.

Maifield joined Mugen Seiki Racing at the beginning of 2017 where he made history being the first racer to do the impossible by sweeping all three pro classes at The Dirt Nitro Challenge. Still being the only driver in history to sweep The Dirt Nitro Challenge, Maifield and Mugen Seiki did it again in 2021. Maifiled and Mugen Seiki’s success together includes multiple Silver State Nitro Challenge titles, winning both classes at the 2021 1/8th Fuel Nationals, winning every ROAR 1/8th Electric Buggy National Championship Maifield competed in during his time at Mugen Seiki, and multiple IFMAR World Championship finals including a podium finish.

It’s been an honor to have worked with such a talented and committed racer like Maifield, and Mugen Seiki Racing wishes Ryan the best with his future endeavors.