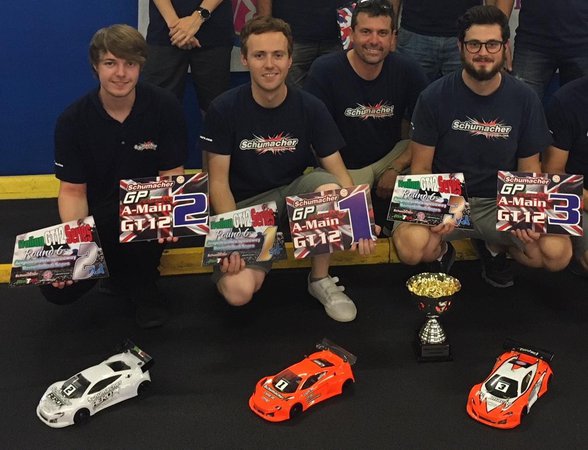 The indoor tarmac track of Angiolino MiniSpeedway in Remedello played host this past weekend to the inaugural edition of the Schumacher GP in Italy.

The event was held in GT12, Touring Car Modified and “Rookie” classes. In GT12 the race was also incorporating the sixth and final round of the Italian GT12 Series 2018 and was enhanced by the presence of three top Team Schumacher drivers in the class: reigning British National Champion Andy Murray and young guns Nathanael Goodban and George Brewer.

In GT12, Andy Murray showed impressive pace from the first round of qualifying, setting 3 TQ runs in a row and sealing the fastest lap of the day in 13.273 ahead of Nathanael Goodban and Mattia Dall’Oca (Team Schumacher). A-mains in the afternoon saw another dominant performance by Andy Murray, who was able to bring the win home after imposing his pace in all three finals. The race for the lower steps of the podium saw a fierce, but fair battle with several position changes among Nathanael, Mattia and George Brewer, with Nathanael coming out on top and securing second place ahead of Mattia. The B-main saw the win of Luca Tassinari, while Alessandro Cellini secured the top spot in the C-main. Mattia Dall'Oca was also crowned winner of the Italian GT12 Series 2018. 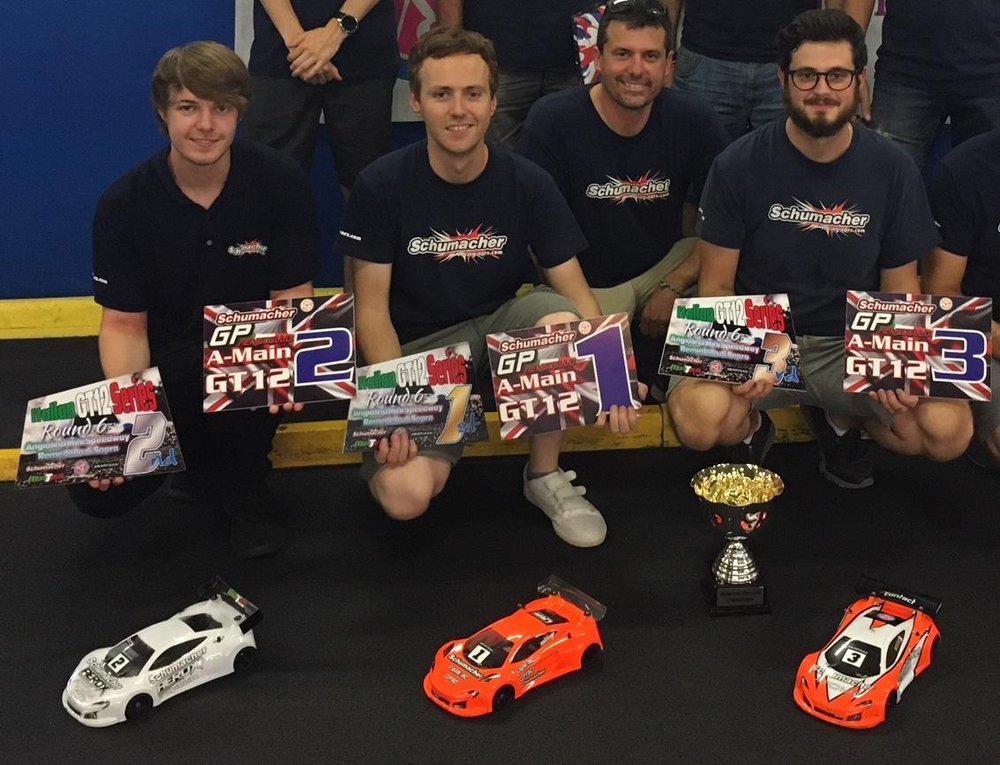 In Touring Car Modified, local driver Federico Barbieri (Team Capricorn) showed consistent and flawless driving that allowed to secure TQ ahead of Alessio Tolomelli (Team Schumacher) and Lorenzo Bigi (Team Schumacher). In the finals, another strong showing by Federico helped him seal the win ahead of a charging Alessio and Lorenzo. 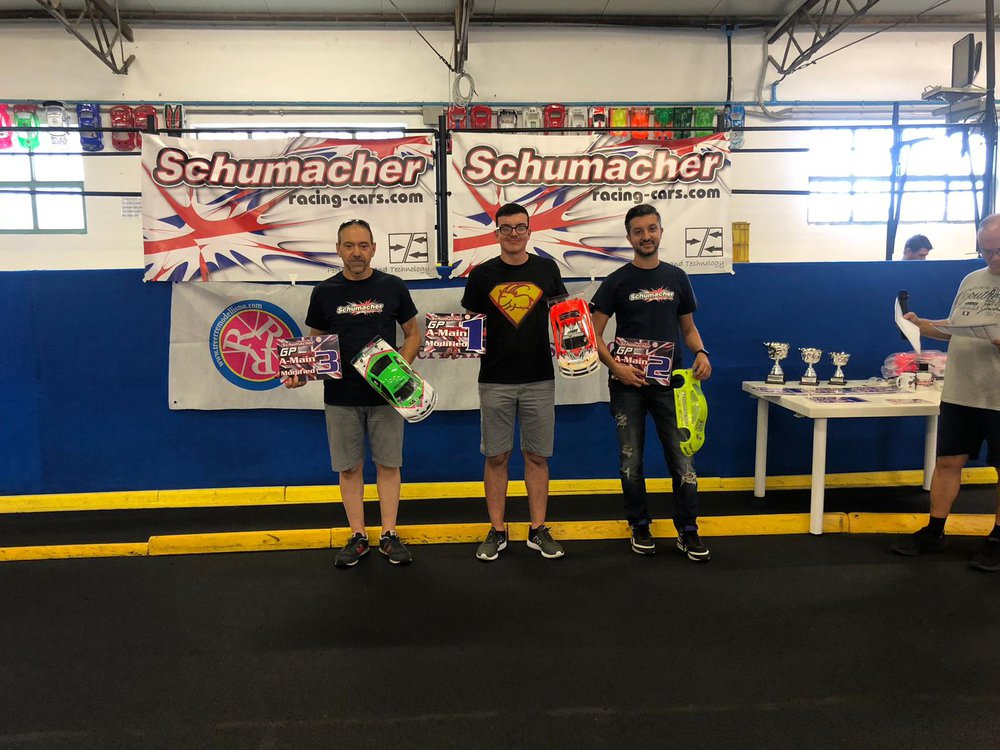 The “Rookie” class (i. e. Touring Car Stock with capped speed and age limited to 12) saw lively battles with several position changes. Luca Rampini (Treerremodellismo) was able to clinch the TQ with a strong run in Q3. In the finals, Alex Cresti (Minicar Fontanellato) would produce a clean sweep and secure the win ahead of Luca Rampini and Alberto Rossetti (Minicar Fontanellato). 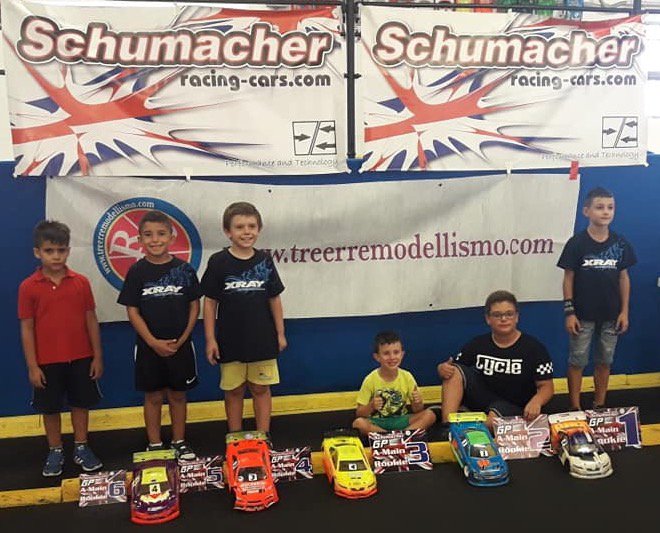