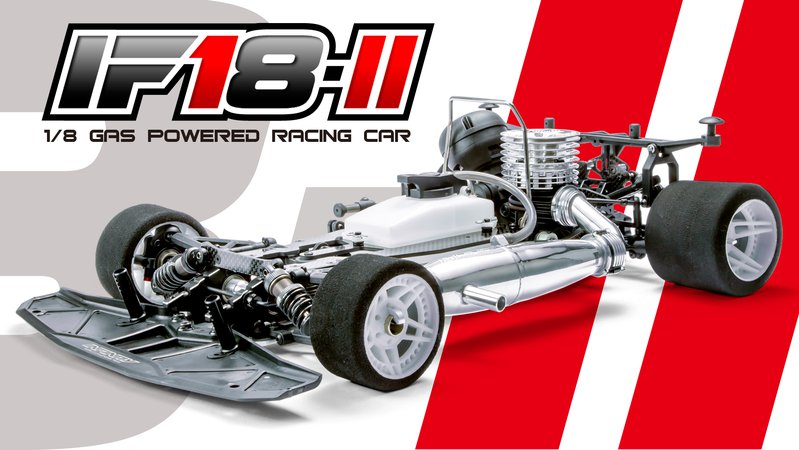 The next generation of IF18, the car which won the World Championship in 2017!
Since its debut the IF18 has been loved by 1/8 racers in many countries and has seen success all over the world.
The outstanding rear stability will remain unchanged and this time the front section has been redesigned.
INFINITY team drivers from around the world have helped with development and tested this new geometry over a long period of time to help break new ground in the 1/8 racing category.

The big weapon of the IF18-2 is that by adjusting the front roll center according to driving conditions, it is possible to fine tune your setup perfectly according to various circuits and driving styles. This allows for great steering in all corners without any excessive initial reactions which can make your car difficult to drive.
The newly designed front upper arm, lower arm and front knuckle are made of new materials with high rigidity and excellent impact resistance. Attention has also been paid to the ease of assembly and the high precision of these parts can be felt when maintaining and setting up your car.

INFINITY team driver Takaaki Shimo finished runner-up at the 2019 IFMAR 1/8 Racing World Championship in the United States. The car he used was a secret prototype of the IF18-2 and was the only one used at the event.
The conditions during this race were extreme, fighting with traction roll on an ultra high grip surface not found in Europe or Asian countries, especially Japan.
As the only prototype car being used at the race Shimo did not have the advantage of sharing team setup data, despite this the IF18-2 demonstrated its great potential only just missing out on a debut win.
Finally, IF18-2 will be released as a production model in December 2020! There is no doubt that it will dominate the race scene during 2021.

The position of the O-ring on the tank lid cap has been revised so that it provides a perfect seal, and to minimise the expansion of the O-ring due to the difference in fuel composition to ensure stable pressure. The inner diameter of the nipple has also been optimized, contributing to the stabilization of fuel adjustment.
Volume has been added around the fuel filter allowing for a stable fuel supply even when the tank is almost empty.
Extra space has been created to allow the carburetor stroke to now be "straight" in a front to rear direction, making throttle linkage setup easier.
In order to contribute to the fuel efficiency of engines that are becoming more powerful these days, the fuel tank capacity has been drastically set to "125cc over" as standard. By adding the color of OPT inside, it corresponds to the international regulation.

For ease of maintainence, the rear body mount shaft is now supplied with a stopper as standard. R0258

Markings have now been added to the spring adjusters of the front and rear oil dampers. (New)
To help with keeping the left and right adjustments uniform when adjusting the ride height, we adopted the INFINITY team driver's usual handmade marking.
This is a small but improtant message from the INFINITY development department that we want INFINITY users to know that these small details will lead to correct car setup and more fun on track. 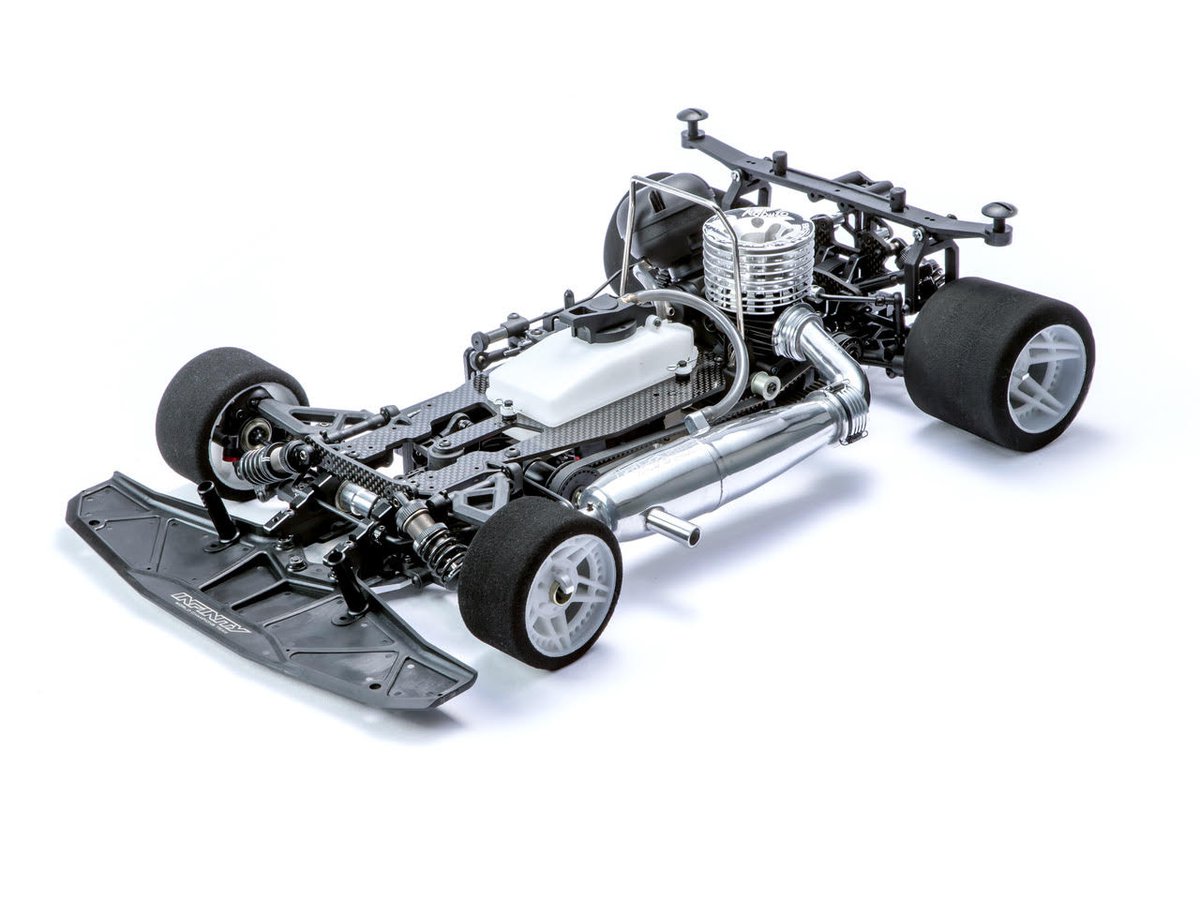 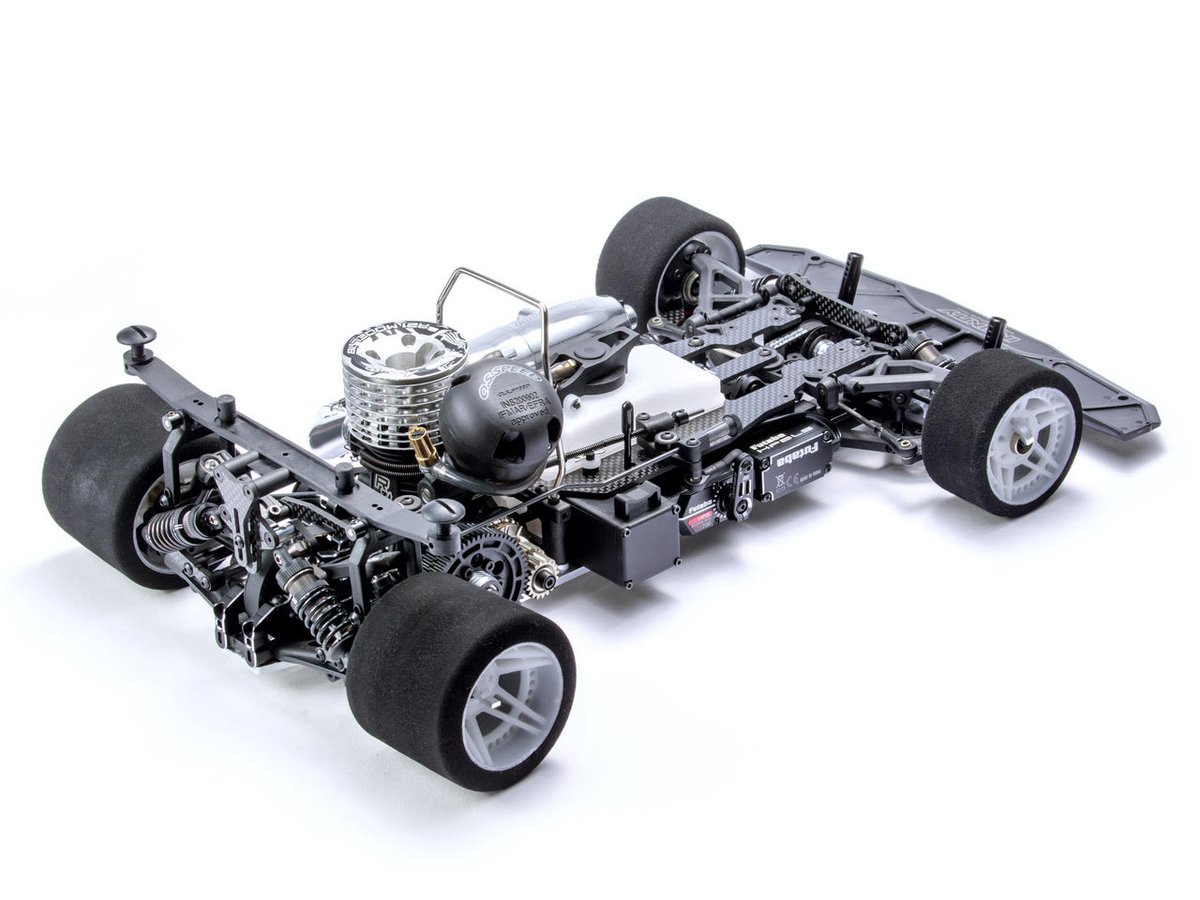 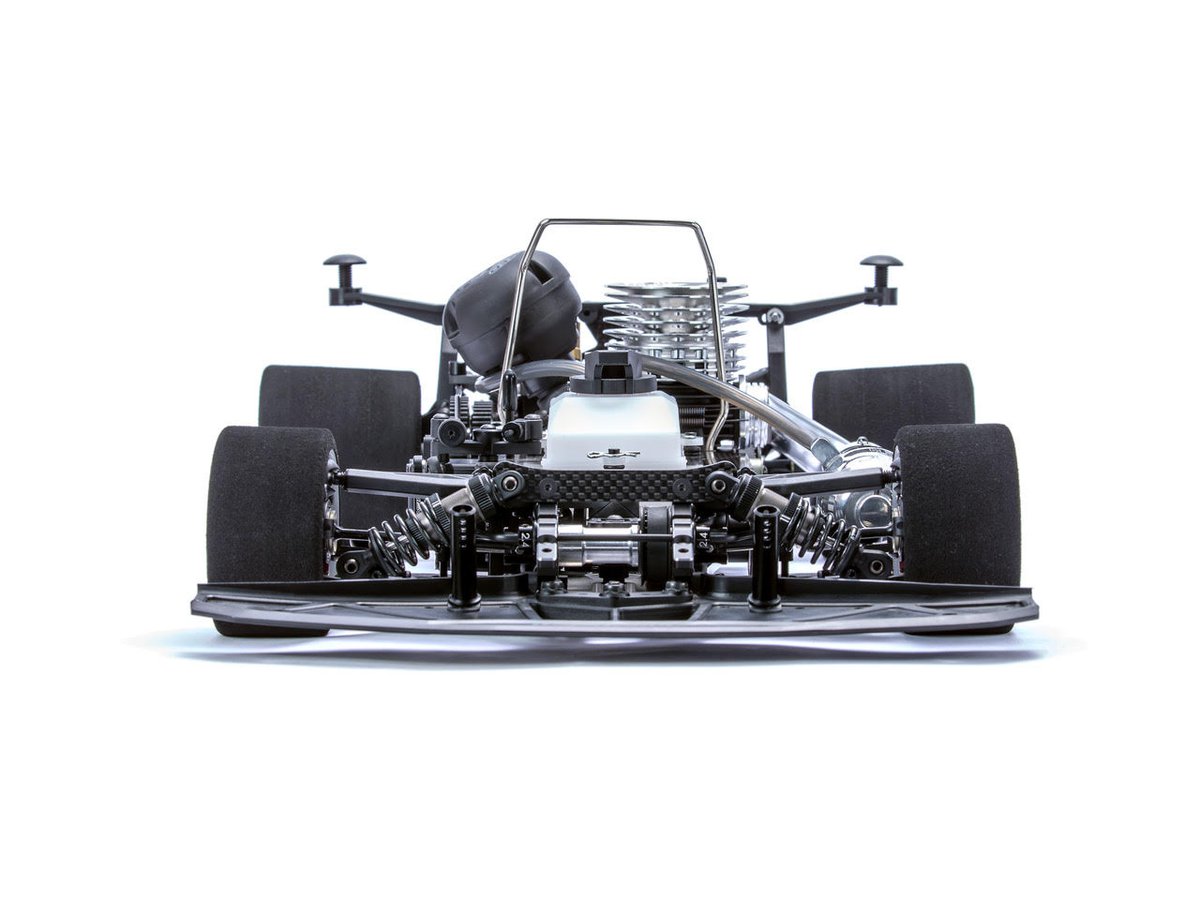 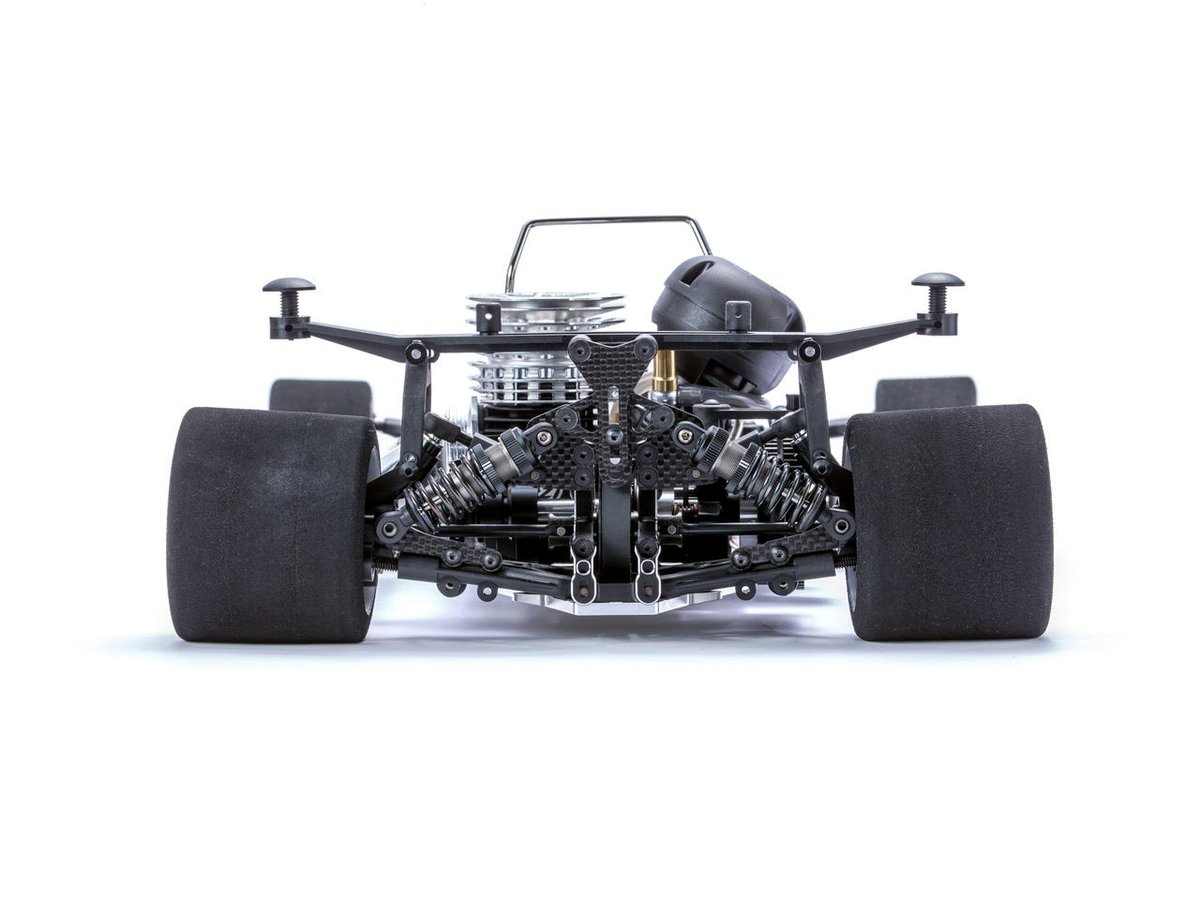