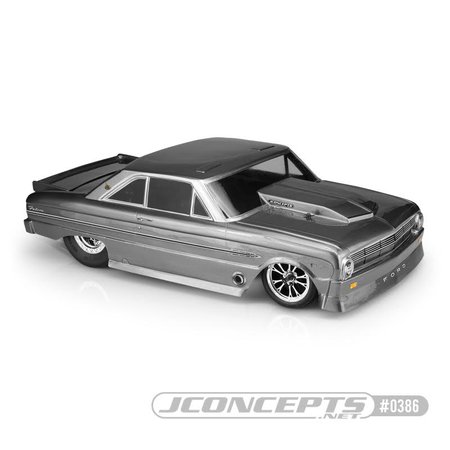 Certainly, one of the best aspects of research and development at JConcepts is incorporating vehicles of the past and present into high-performance racing products. When the 1963 Ford Falcon hit the drafting table, the team had its work cut-out for them. The Falcon is intended for street racing and drops to the popular Team Associated DR10 and SCT conversions as well as drag racing builds currently in the market. During the design, it was important to maintain a narrow width to match track widths of popular vehicles and to slip through the air at a high rate of speed. Also, a lower trim line on the sides and front chin-spoiler minimizes draft inside the body shell.

The Ford Falcon by JConcepts is designed to be a show vehicle or streetcar turned drag racer. The iconic 60’s design of the Falcon with a rare combination of square design with rolled and curved elements has a rather “spacey” influence. A small helping of Thunderbird elegance, with an added sports car spirt, the Falcon is the real deal when it comes to compact performance, luxury feel and vintage sport sedan love. One of the best compliments a driver can receive is from a fellow competitor, look for Falcon drivers to receive plenty of praise with this new street machine.

The round and beady headlights create the feel for this legendary vehicle and the bar grille separates a broad front-end. The front bumper is molded in position along with an additional and lower trim-line for racing purposes. The hood-scoop buries into the windshield providing that racy look while the cab itself looks strong with chiseled window framing and mock trim package. The rear fender torpedoes back to create the base for rear taillights and a drop-down through the rear bumper to complete some of the futuristic styling. The side panels of the body are quite recessed and with included decals, the arrow shaped body trim can be mocked into position for a more “Falcon-ized” appearance.

JConcepts is building on to the street eliminator class by adding the Falcon to the line-up. With past success used as a guideline, the R&D team spent time breaking down the earlier models and arrived at the roughly 11.25” width and industry standard, 13.00” wheelbase. The size accommodates the popular DR10 or trend of utilizing SCT trucks as drag racing platforms. The result has a low-slung appearance, tight and futuristic wheel well openings, hood-scoop, bobbed tail, and an extended front fascia. As an addition, JConcepts has included a rear spoiler option.

The JConcepts display vehicle is fitted with and available separately, Hotties tire (#3193 front) and (#3194 rear) made specifically for the 12mm hex Tactic wheels front (#3399C) and rear (#3400C). The Hotties are purpose built drag racing tires that look the part and available in multiple compounds to suit demanding needs. The Tactic wheels are injected molded for durability and light-weight performance and available in the stealth black or chrome colors.

Note - The spoiler is mounted carefully to the back of the trunk using double sided tape or shoe goo (not included). The rear spoiler provides the look and finishing touch to the street eliminator project. 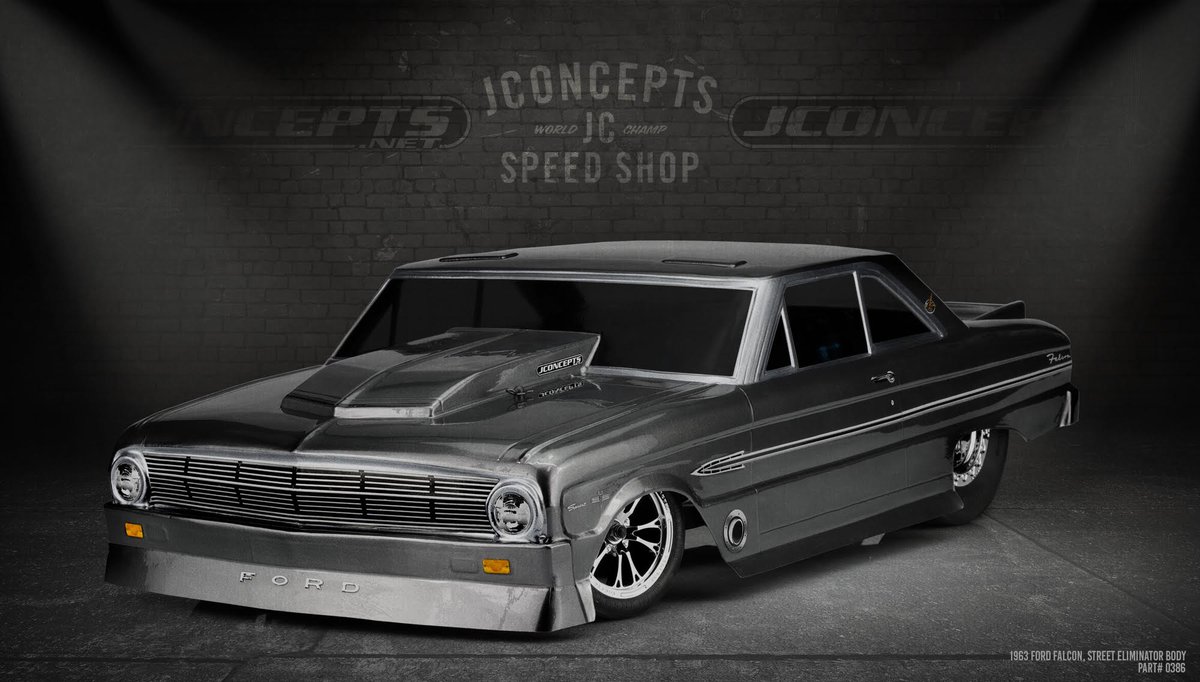 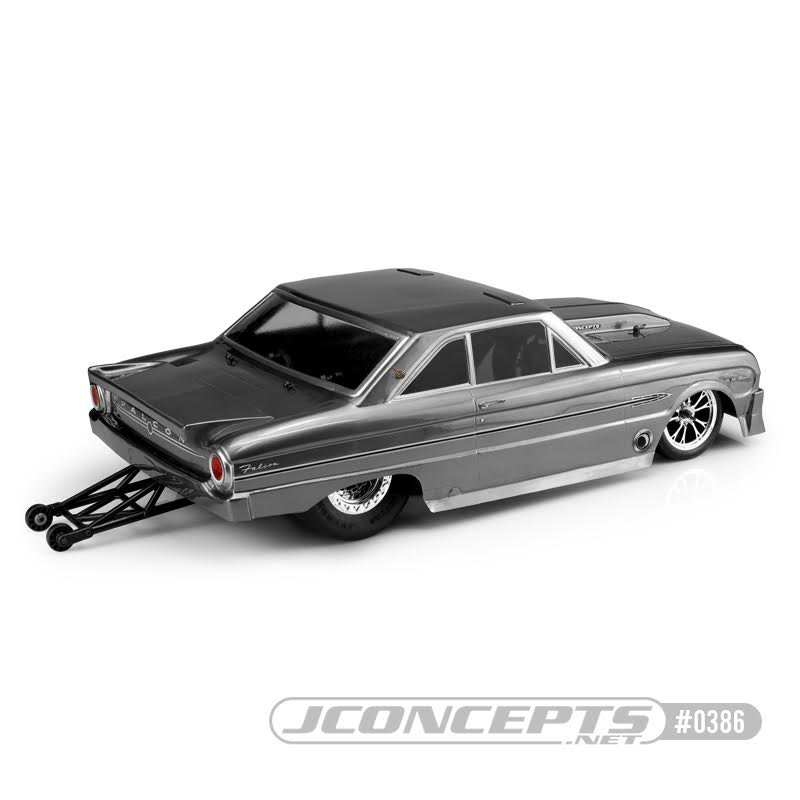