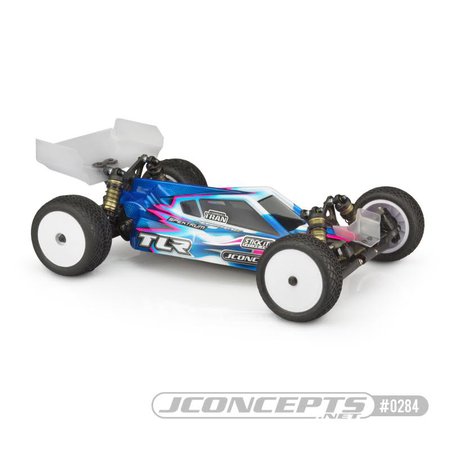 The P2 body by JConcepts for the TLR 22 5.0 Elite vehicle is the meanest, nastiest thing out for 1/10th buggy racing. Throw everything you know out the window, the Punisher 2 separates itself from the rest of the bodies on the market with its distinctive styling. The S2 and F2 body designs have created their own path of success on dirt, carpet, and Astroturf with class leading success, now, the P2, will carve its own.

The P2 is once again, all about performance with riveting details including raised nose / hood, taller cab and rear-end force features. The side-pods are once again JC chamfered to provide that legendary look and the secondary window screams JConcepts styling. The cab drops off quickly and runs deep toward the rear giving plenty of drift to the newly added winglets. The tall, rear fin stabilizer acts as a directional vain to keep the buggy tracking in the proper direction while also maintaining a rigid roofline even with light-weight materials.

The package arrives complete with, two, Aero S-type wings used by Ryan Maifield to claim the 2017 IFMAR World Championship. The extended rear gurney lip allows for tuning more grip on the loose surfaces while running with the latest generation in off-road.

The Punisher 2 body had a winning performance during the 2019 IFMAR World Championships with Spencer Rivkin taking the TQ and victory in Trenčín, Slovakia. During the 2018 Reedy International Off-Road Race of Champions, Brad Shearer made it an event to remember by taking the 2wd Open title with a freshly painted and prepped P2 body. 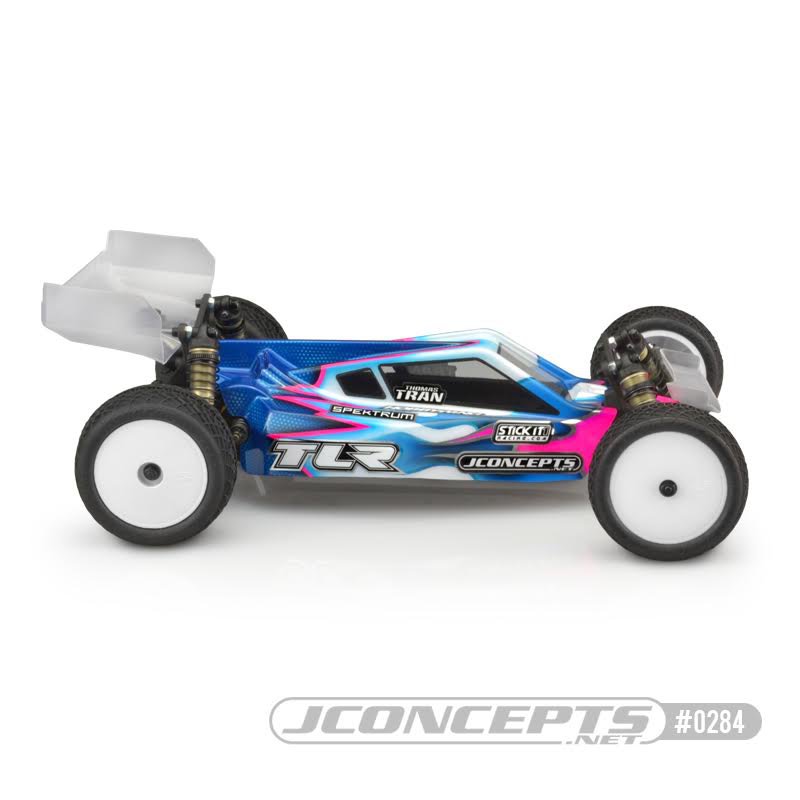 Rivkin Heads to the Skate Park [VIDEO]
5 hours ago

The Unprofessionals: Cautious Optimism for Local Tracks
10 hours ago