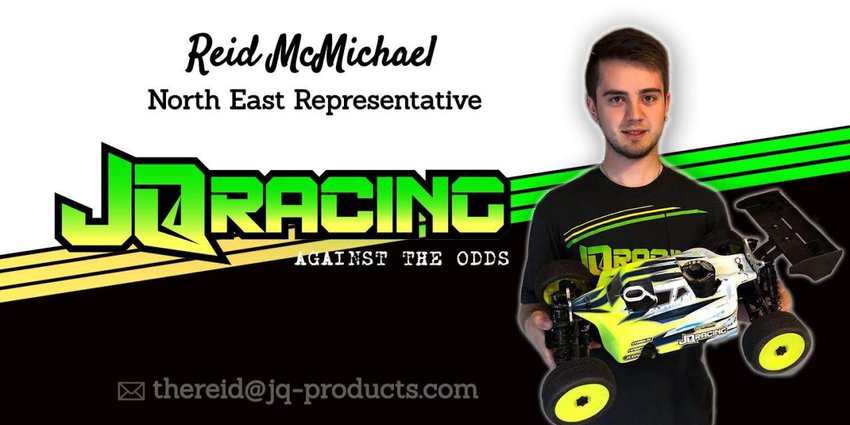 JQ Racing would like to introduce the new North East Team Rep Reid McMichael. Reid has been involved with JQ Racing for over 1.5 years and has been helpful in promoting JQ Racing in the North East and we look forward to him helping grow our presence in that region.

" I started racing in 2014 coming from a motocross background. I started running for Yokomo in 2017 which left my 1/8 program open. I chose to join JQ Racing because of the team environment and the opportunity to grow with a company. After running the cars for a year I feel confident in my knowledge to assist other drivers in the north east region. I plan to do some fine tuning with our North East team that will set a new standard for the JQ Racing team across the country while still maintaining the mentality the driver is part of the team, not just a number."