Race-winning heritage. Based on Team Associated's RC10B6.2 platform, the RC10T6.2 Team Kit represents the next step in the evolution for competitive truck racing. The RC10T6.2 Team Kit is the next iteration of the successful truck platform bringing updates to improve adjustability, durability, and most importantly, performance. The engineers behind the doors of Team Associated’s Area 51 incorporated the updates racers like you asked for and included more tuning option parts in the box.

Designed to win. The RC10T6.2 shares key components with the RC10B6.2, RC10B6.2D, and RC10B74.1 Team Kits, making it easier than ever to run multiple classes at the same time. Like the RC10B6.2 and RC10B74.1, the RC10T6.2 has new features such as an integrated fan mount, highly adjustable rear hub assembly, and the speed, durability, and lineage expected of a true champion.

The RC10T6.2 has been designed and built to the highest standard to give racers an edge over the competition. 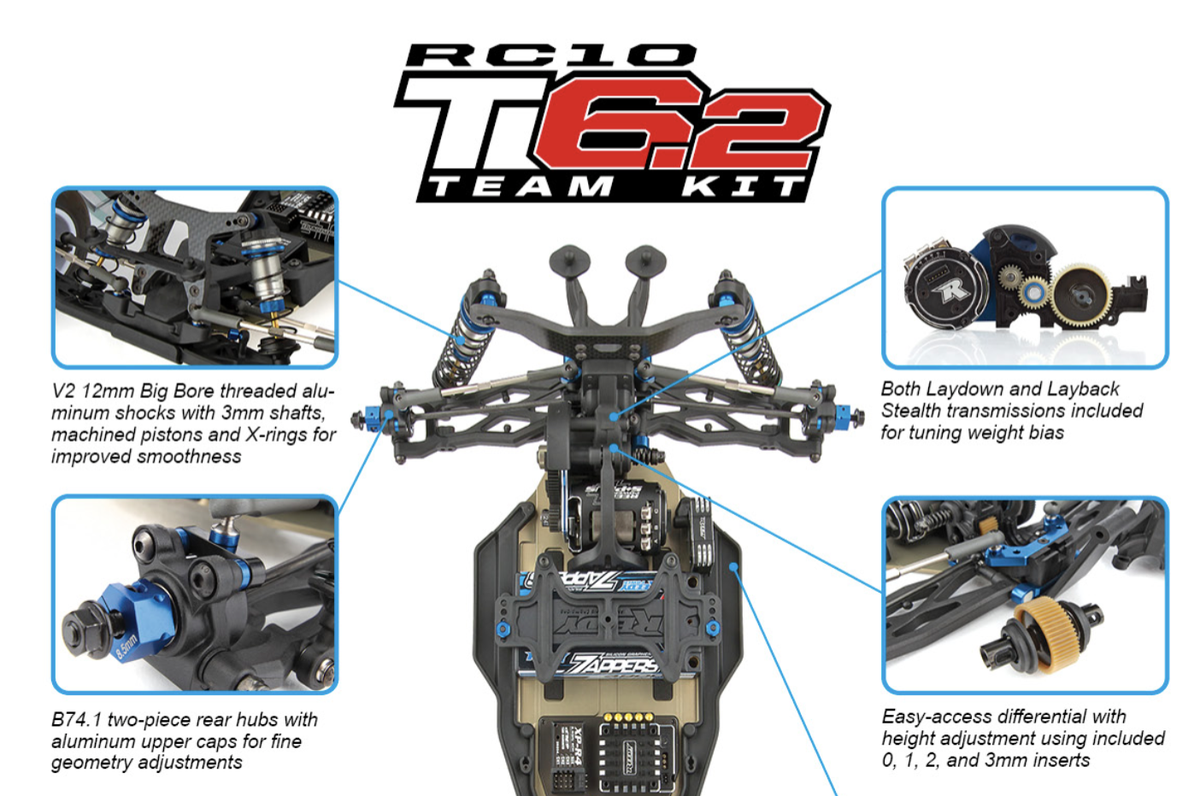 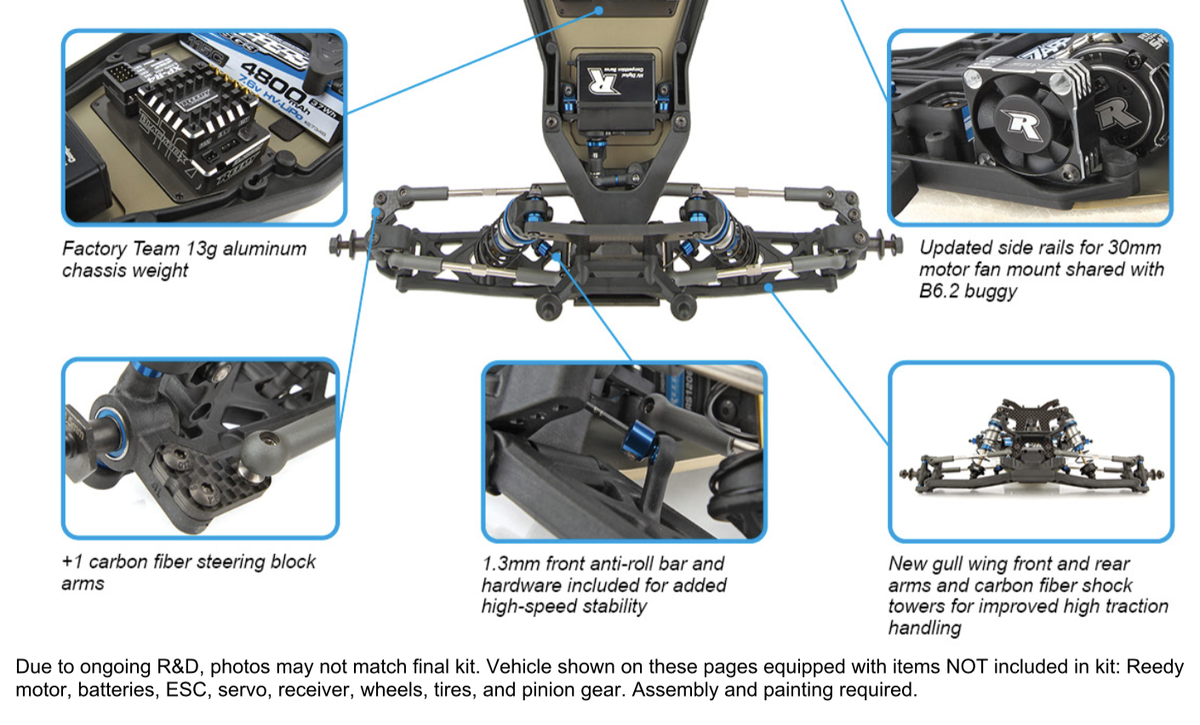