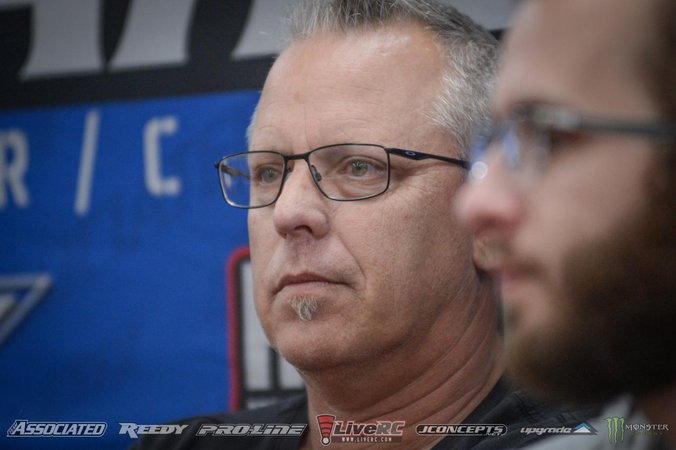 The views and opinions expressed in this article do not necessarily reflect the official policy or position of LiveRC.

This past week, opinions on the state of the R/C hobby as a whole have been thrown around more than usual. Robert Black, owner of the world famous OCRC Raceway, shares his opinion regarding the current state of the hobby in a Facebook post titled, "R/C Death or Ignorant Panic?".

For those of you who have been racing toy cars for quite a few years Im sure you have seen many ebbs and flows in the attendance and activity of club racing, large event racing and club practice which is the same today as it’s always been.

But for some reason there is this social media influx of “why is RC dying” videos, polls and recommendations on how to “Save RC” suggesting that the hobby is on a respirator and at any time someone’s gunna pull the plug.

Lets be perfectly clear… RC is not dying and posting all the BS negativity typically draws most responses from negative people. (Keyboard cowboys)

RC racing/practice is enjoyed by many different types of people (young, old, rich, not so rich, Dr’s, attorneys, MX pros….) for many different reasons making the “Target market” hard to get a handle on and yet “Everybody” has the answer on these posts.

Even if you had the cleanest most dialed facility in the best location RC racing will always ebb-and flow with the economy like it has done for years which is the main factor of any business.

Strong economy means most of our customers are working more, making more and spending more on things that they can now afford (RV’s, dirt bikes, boats, skis….) and my now choose to race only 1x per week instead of the 2 or 3 times they were.

Your customers now have other things they want to do (and spend their money on) like riding, camping, fishing and so on…. RC is relatively inexpensive compared to the above-mentioned items which makes it something most people can do and want to when they have less options.

During the last s**t economy movie theaters and movie companies boomed (Just like RC) as most could still afford to spend 20/40 buck on a night out.

Might I remind everybody I opened OCRC at the beginning of the recession and I was the only indoor track in So Cal. Within 5 years of a bad economy there was WCRC, Rain Mans, IERC, Redlands, LRH, SDRC, SCVRC Coyote… Why? Because the hobby was growing with the weak economy.

Such a huge over saturation of facility’s in the market caused a specific (targeted) customer base which could sustain a few tracks to spread out and eventually put out of business several of the above-mentioned tracks. (Not that everybody quit racing or that the hobby is dying)

Stay positive my RC friends! It’s not the end…

I am sure there are options to help grow and or maintain your RC business that’s for sure but don’t expect it to just happen and BOOM moneys flooding in, it’s hard work to run any business during certain times and you must adapt.

I am also quite sure that posting videos and op-eds about the death of RC or adding your “Negative opinion” is not one of them.

Stay positive in business, promote a positive attitude and don’t make large decisions based upon desperation.

If you love the hobby and your business, work to change this attitude of desperation that seems to be taking over social media.