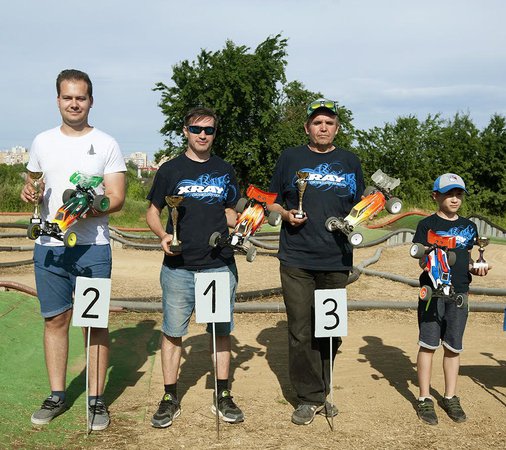 After a long time and the opportunity to race, we experienced the 1st round of the Slovak Championships ´21 competition, which was hosted by MK Kosicky club.

Arriving the day before the race and free training helped to prepare perfectly for the race.

The track was largely prepared and it was clear that the locals tried to do their best.

The race was demanding mainly due to treacherous sections. This is off-road and nowhere is the level of difficulty and quality fixed. The weather was hot and sunny, the grip was lower and dusty, but the jumps with the carpets compensated for it so it was easy to jump.

After the 4th round of qualification Pavlus Roman in 1st place with 10s advance. "My XRAY XB2´20 model was set up and I didn't risk much of what paid off for me."

4WD qualification Pavlus Roman in 1st place with an advance of one whole round. "Most pilots drove more aggressively and faster ... I chose a more accurate ride with a minimum of errors".

In the first run of the 2WD final Pavlus Roman, after the mistakes of the opponents, comfortably start - finish in 1st place. The second final ride was for the eye of the spectator when the position changed several times between Urban and Pavlus, who used hesitation at the end of the ride and narrowly win. Pavlus skipped the ride so as not to affect the fight for the other places, as he already had the 1st place in his pocket.

The first and second 4WD finals Pavlus Roman overtook his opponents by one lap and clearly won. He missed the third final so as not to affect the fights for the other rungs.

Rene Bero with XRAY XB4 win B main final instead of his results in the finals were culprit and belonged more to the A group, but the number of errors in qualifications put him in the worse places.

From the above main categories 2WD and 4WD, the results of the competition of 40+ experienced gentlemen are also evaluated. 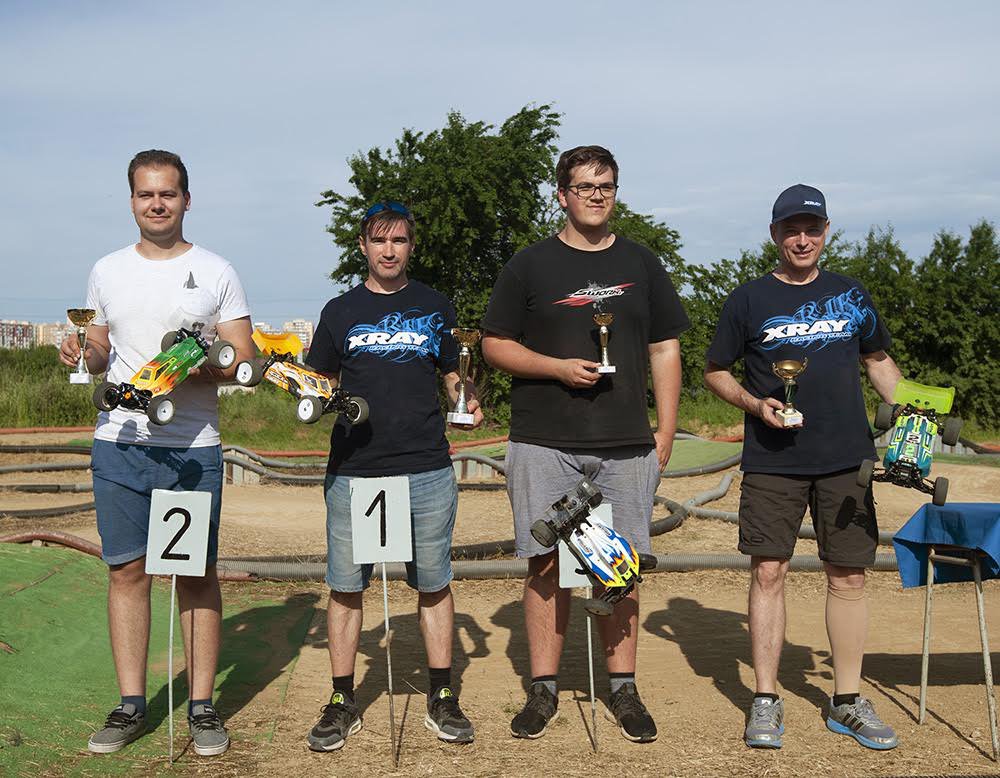