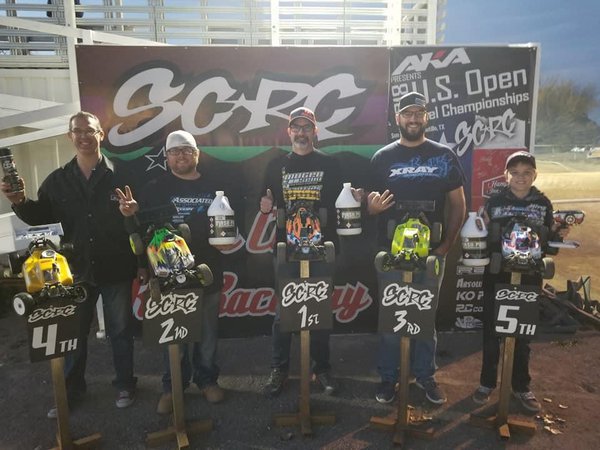 By Tyler Hooks
LiveRC.com
Via Ross McDonald
Saturday January 5th marked the start of the Nitro off road race season down in Canutillo, Texas. Racers came from Phoenix, Albuquerque, El Paso, & Mexico to race the 1st of the 5 race series held at Sun City R/C Raceway.
The Nitro Buggy A-main had a ton of lead swapping with Cody Taylor of Xray taking an early lead. He flew off the track and ended his run early, however, allowing Casey Peck (Mugen) and Charles Hicks (Associated) to run away with Tag Georges (Xray) not too far behind. Casey ended up taking the win over Chuck by just 6 seconds.
The E-buggy race was the Charles Hicks show as he lapped everyone up to 2nd place. Tag Georges would take 2nd in his first time racing for Xray in Ebuggy, while we had a surprise guest appearance by Billy Fisher, who took 3rd using Casey Peck's Mugen car.
The Truggy race started off looking like it would be a neck and neck battle the whole time between Casey Peck and Cody Taylor. A little side scraping action saw Casey on his lid, and though Cody waited, Casey's exhaust was compromised. He pulled it off the track and Cody would take the win. Hector Muela nailed down 2nd in his Tekno and Rodrigo Malagon, director of SNOR, the Mexican National Series, would round out the top 3. 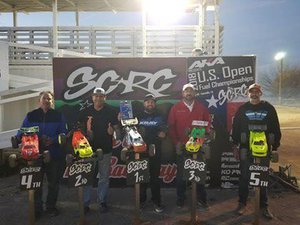 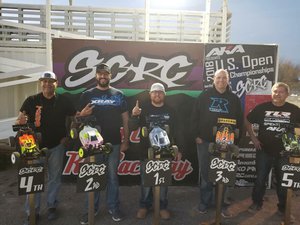