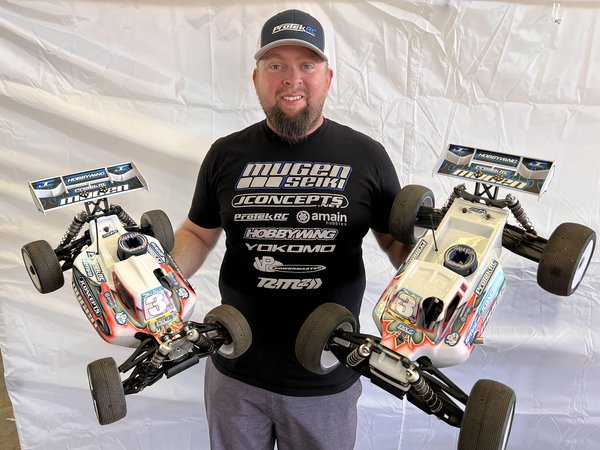 Ryan Maifield led the ProTek RC race team through a wildly successful showing at the 23rd Annual Dirt Nitro Challengethis weekend (Feb 23-27) at The Dirt at Perris Fairgrounds in Perris, CA. The ProTek RC team swept the top 3 podiumspots in Pro Nitro Buggy, led by Maifield’s success in defending his title in the class; and Maifield also defended his belt in Pro Nitro Truck. Overall, a multitude of Team ProTek RC victories and podium showings were prevalent throughout the weekend. 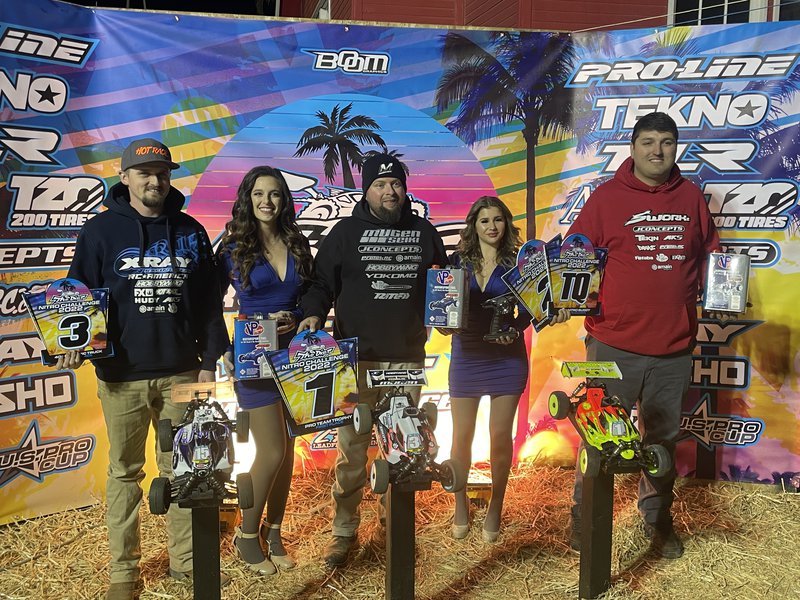 In the 45-minute Pro Nitro Buggy A main, ProTek RC’s Joe Bornhorst TQ’d and led the way through the first 16 laps before Maifield seized the top spot. It was a lead that Maifield would never relinquish in his Mugen Seiki MBX8R with JConcepts Reflex (green) tires shredding underneath en route to his seventh career Pro Nitro Buggy victory at DNC (most all-time at DNC). Bornhorst (Sworkz) put together one of his finest lifetime drives to stay steady throughout and finish second while ProTek RC teammate Ty Tessman drove the wheels off his Xray XB8’21 to come from 15 th on the starting grid to the third step of the podium.

The 45-minute Pro Nitro Truck A main also was an epic battle on the always-challenging Joey Christensen The Dirt layout with temps hovering in the upper 30’s and a slight chilling breeze. Jared Tebo owned the TQ and led early before Maifield started to find his grove and take the lead on lap 20. Maifield, piloting his Mugen Seiki MBX8T on JConcepts Reflex (green) tires, would never relinquish the top spot again in taking down his all-time record fifth DNC Pro Nitro Truck victory. Tessman again drove through the pack from the 11 th spot on the starting grid to challenge Maifield before finishing second in his Xray XT8’22 while Tebo finished third. ProTek RC’s Spencer Heckert (Sworkz) pulled off one of the finest drives of his young pro career, coming all the way from a B main bump up and the 15 th spot on the A main grid to finish fourth, also locked in with the new ProTek RC Samurai RM Maifield Edition engine and the ProTek RC 170SBL Black Label High Speed Brushless Servo.

Members of the ProTek RC Support Team also were dialed over the weekend at DNC with Michael Moralez winning the 40+ Nitro Truck A main and placing second in the A main of the 40+ Nitro Buggy class. Meanwhile, Dylan Bartlett pulled off one of the amazing feats of the weekend bumping all the way up from the G main to leading late in the A main of Intermediate Nitro Buggy before eventually finishing second behind Billy Fischer. Both Moralez and Barlett use the full line of ProTek RC components on their vehicles.

The entire ProTek RC line of engines, servos, batteries, and accessories as well as most of the products run on the ProTek RC Race Team’s vehicles can be found at amainhobbies.com. 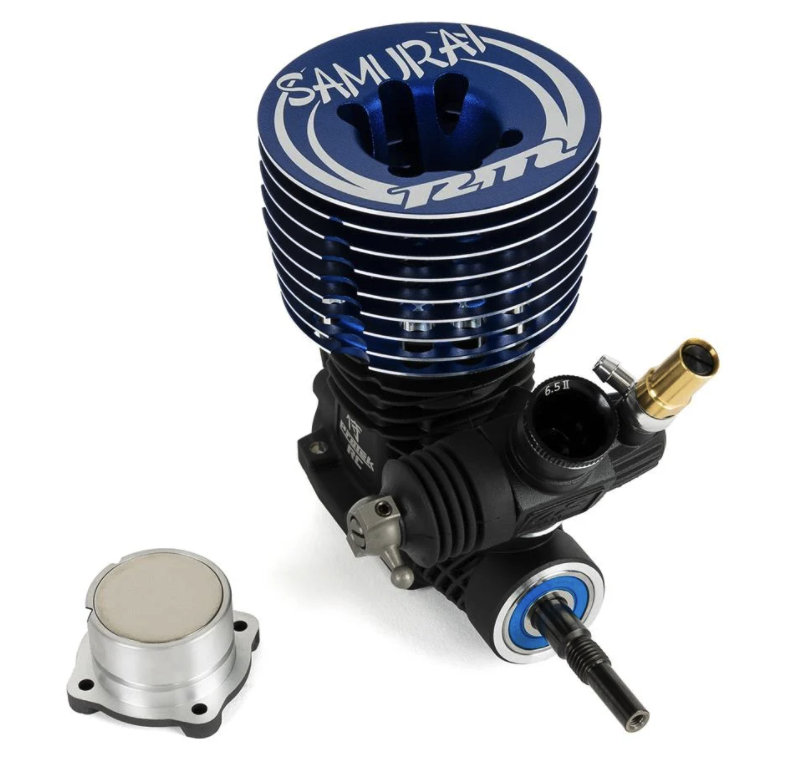