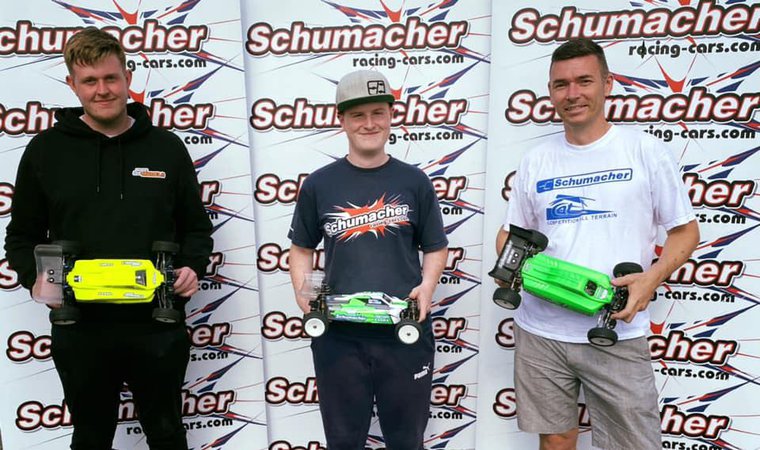 This past weekend was the second round of the newly organised SOOM series, there was once again a great entry of drivers in the 2wd class on Saturday. The entries for 4wd on Sunday were a little lower than we had hoped for, mainly due to several racers having to cancel due to Covid restrictions.

The race format was round by round qualifying, with the best 2 results from 4 rounds of qualifying counting towards the final position. There is usually 1 final for all competitors and 3 leg A finals. However due to the lower entry numbers in 4wd, we decided to have 3 leg finals for everyone, so more racing and track time. This was well received by the racers.

The Mendip crew had designed a fantastic track layout for our event, a huge thank you to them all for their hard work and dedication.

In 2wd qualifying it was a close battle between Ben Jemison and Edward Callan, they both had 2 TQ rounds each but Ben had the faster time so would line up on pole. Edward would be 2nd and Ben Smith would line up 3rd.

The A Final 2wd result after all 3 legs was:

In 4wd qualifying, it was all about the dominant performance by Ben Smith having TQ'd 3 out of the 4 rounds to line up on pole. Paul Crompton would line up 2nd on the grid and Matt Thompson 3rd.

The A Final 4wd result after all 3 legs was:

We also had the famous Schumacher raffle each day, so many racers going away happy after being lucky and winning a prize.

This was a brilliant event with some superb close racing, thank you to all of the racers that attended and thank you for all of the hugely positive feedback that we received over the weekend.

As mentioned above, a really big thank you to the Mendip team for all of their hard work and efforts, a special thanks has to go to both Martin Owen and Gary Simmons for working so well with us.

The next round of this series is on Saturday and Sunday 7th/8th August at the Herts 1/10th off road track. 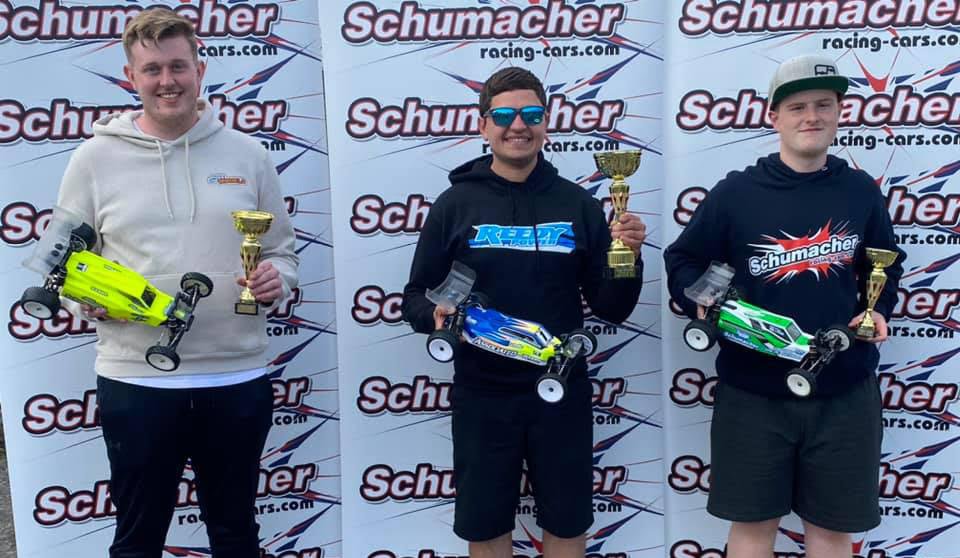