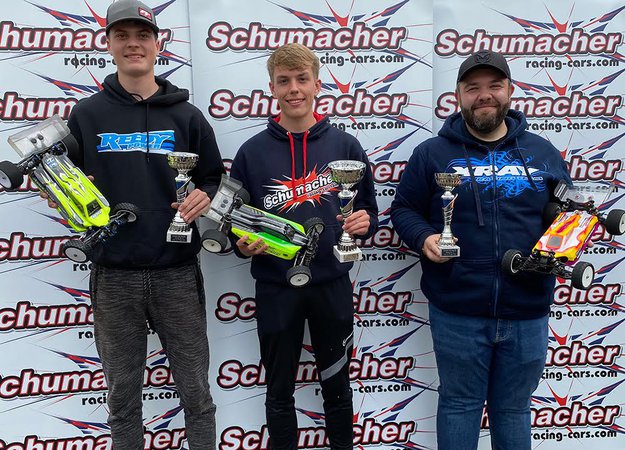 This past weekend was the third round of the fantastic SOOM series, there was once again a great entry of drivers present.

The race format was round by round qualifying, with the best 2 results from 4 rounds of qualifying counting towards the final position.
Then everyone has 1 final except for the 3 legged A finals.

The Herts team had designed a fantastic track layout for our event, many racers were pleasantly surprised to see such a great track and facility. The layout was changed quite substantially between 2wd and 4wd.

In 2wd qualifying it was Lee Martin who would take TQ in 3 rounds to line up on pole. Jamie Hall would be 2nd and his brother Tommy Hall would line up 3rd.

The A Final 2wd result after all 3 legs was:

In 4wd qualifying, it was 4 different drivers who all took TQ in each round, so it was super close and some tie breaks were then decided by the fastest time.
It was Schumacher's Josh Holdsworth who would take TQ in round 4 of qualifying in the fastest time to line up on pole. Jamie Hall would line up 2nd on the grid and Lee Martin 3rd.

The A Final 4wd result after all 3 legs was:

We also had the famous Schumacher raffle each day, so many racers went away happy after being lucky and winning a prize.

Congratulations to young Cole Liddle who won a UDI Breaker truck! The smile on his face says it all!

This was a brilliant event with some superb close racing, thank you to all of the racers that attended and thank you for the great comments about the series again.

As mentioned earlier, a really big thank you to the Herts team for all of their hard work and efforts, a special thanks has to go to Andy & Darren Windsor and also Harrison Joyce for working so well with us.

The next round of this series is on Saturday and Sunday 21st/22nd August at the Southport off road track. Some spaces left in just 4wd. 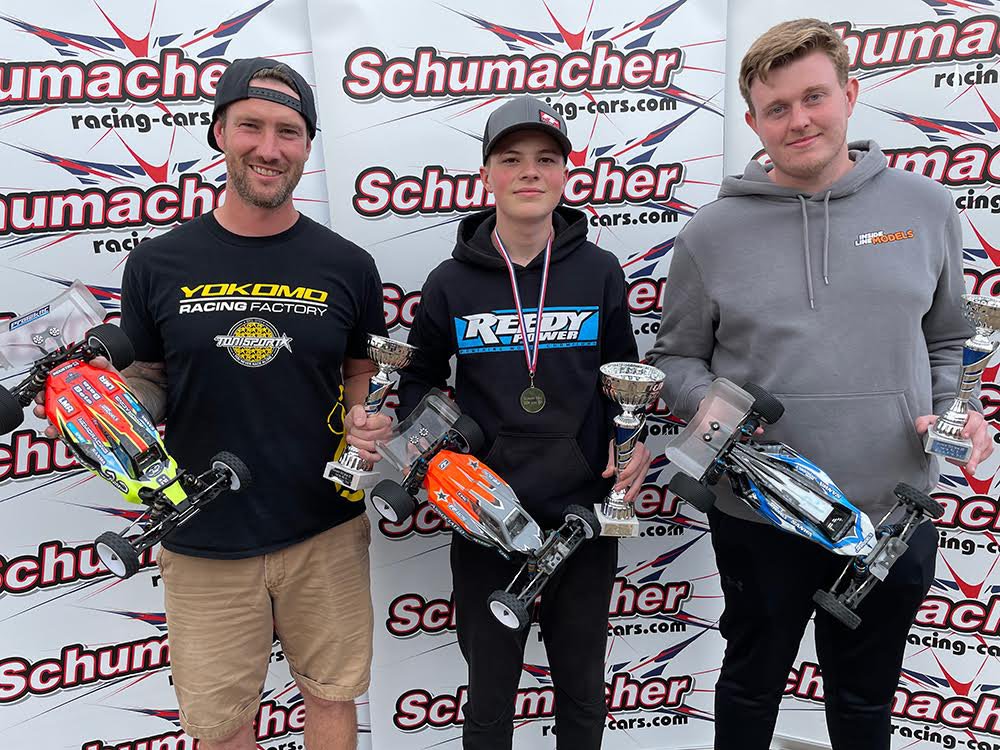