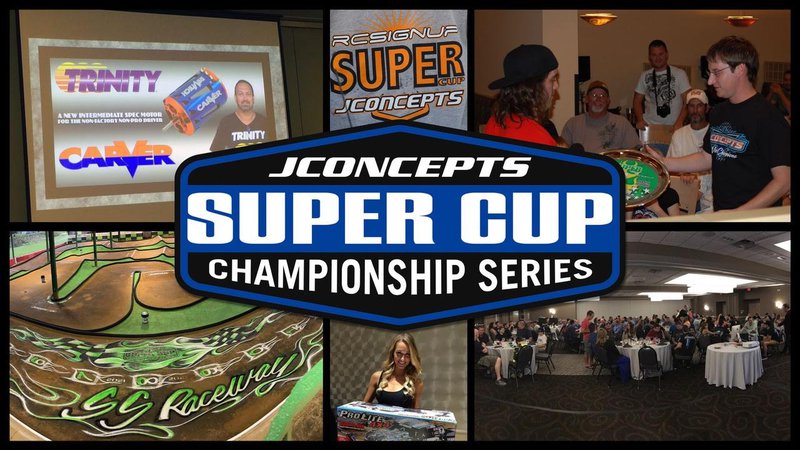 JConcepts would like to announce that the Florida based Super Cup Championship Series will be going on hiatus. As 2022 draws nears, a decision to place a hold on the long running series was made due to in-house scheduling conflicts and traveling attendance concerns. We would like to thank the dedicated racers who have turned out for the series since 2008. Also, we would like to thank many of our sponsors over the years such as JConcepts, Team Associated, Reedy, Trinity, and Team Losi Racing.

The 2021 racing series will reach its finally at Coral Springs RC Club on Saturday December 4, 2021, as racing wraps up at one of our favorite locations. The banquet and awards presentation for 2021 will be held during the weekend of January 8-9, 2022, in Bartow, Florida at Triple Nickel Raceway. Please plan to attend, follow the latest information on social media from race director Dave Duncan as new details Emerge.

About the Super Cup Championship Series –

Since 2008, the Super Cup Championship Series held events throughout the Southeast using a Spring and Fall session format. The series, originally created by Bobby Phillips, Jason Ruona, and JConcepts has a rich history of racers, series participation, while placing events at legendary venues and always searching for another location that attracts racers. Over the years, we have raced indoors and outdoors as racers adjusted to an assortment of surfaces to win the coveted championship.

Traditionally, the Super Cup Championship Series hosts a large banquet to award the champions in each class in each session at the first race of the following season. Always held with a comedic twist, the banquet is a location that racers can get together, share their experiences, laugh off the year while bringing in a new season together. The Super Cup is truly a series for the racers produced with a lot of passion behind the scenes with incredible support from racers, sponsors, and world class racing facilities.