Talk It Up Tuesday: Chris Allison 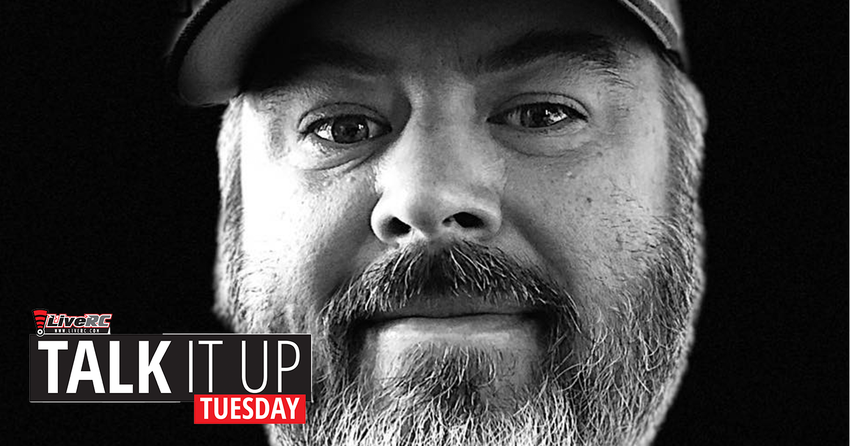 For this week's Talk It Up Tuesday we caught up with Chris Allison from Thornhill Racing Circuit to talk about all things track ownership and a bit about the industry.

Hey Chris how are things going down in Texas racing and otherwise?
Chris Allison: Things are going pretty good down here, except for covid pretty much changing everything. But life goes on and we are making the best of it.

For those that don’t know what track do you own and how did it originate?
CA: I am the owner of Thornhill Racing Circuit which I started back in 2013. It's not the first track I have owned but it definitely is the biggest. I decided to build it after watching the 2012 worlds in Argentina and thoroughly enjoying the look of the track and wanting to run on something like it. Since then it has grown into what it is today.

What is your racing background in personally? Any notable performances?
CA: I have been in RC racing since 1987. I even met my wife at a RC race track. It truly is a part of my life. With that being said I have raced just about every form of RC car there is. I have quite a lot of both onroad and offroad experience. I've won lots of races over the years but my claim to fame has to be winning during the nitro onroad nats in 1994.

You’ve hosted 3 national championships, which was your favorite?
CA: The first was in 2014 and it was an exciting time. Brand new track that was HUGE. People didn't know what to think of it. It truly did blow some people’s minds and it produced to this day the best race I have ever seen. The truggy final was just fantastic and if you haven't seen it, it's worth a watch on youtube. The second was in 2016 and we had just covered the track which made it a bit smaller but it was still a really big track. So much nicer not having to worry about getting rained out at a big race. The third was just last year in 2019. It was the first worlds qualifying nats we have hosted and the stress level was just that much higher. We put a ton of effort into the track and had some really cool features. I especially liked the COTA turn we put in and even got recognition from COTA from it which was rewarding. All in all, though I'd have to say my favorite was 2014 because it was the first one.

Would you put a bid in for the IFMAR worlds?
CA: This is something I get asked more often than you would think. After the last nationals my answer was a definitive no. But at this point I am closer to a maybe. I'd probably be more interested in hosting the 1/10 offroad worlds and have it on a big fun layout.

Do you have any plans for big additions or events for the track?
CA: I do have some plans and some potentially big things in the works. Covid definitely has put a damper on them but I have high hopes for the future.

How have you had to change things to match what is going on with COVID-19?
CA: We pretty much can't use our pit building, which we usually air condition in the summer time because of the heat. We have all of our pit tables outside under cover and spread out. We also put dividers between the drivers up on the drivers stand. We are currently limited to a max of 100 people at the facility, making any kind of big race difficult. It's tough for everybody right now and we are working hard to make it so we can still safely race here.

Anyone you would like to thank or anything else you would like to say?
CA: There are tons of people I need to thank, but first I need to say that the RC industry is currently broken and we need to do something to fix it. Sponsorships are killing it and I’ll explain why. Manufactures are signing just about anybody at this point to be on their “team” and it is cutting out the local hobby shop completely. They are taking customers from the local hobby shop and making them “contract customers”. I have seen it countless times at Thornhill. In fact, a racer can use a made-up resume and receive a better price on items than a hobby shop can, also a hobby shop has to provide business licenses, proof of store, existing merchandise levels, etc. before even being approved to buy merchandise at a higher price than the “team” driver pays. The manufacturers are killing local hobby shop and tracks with this business tactic. More and more tracks close because they can’t stay in business with race entries alone. Hobby shop sales are needed and the people(manufacturers) that rely on the tracks being there to create the market they sell into are the ones destroying it by not supporting the tracks. I have talked with several manufacturers about this but they all have the same reason. If they don’t do it other manufactures will and they will lose that business. Something needs to change before all the tracks are gone. Sorry to get on my soapbox about this but I do love the hobby and would truly hate to see it go away. Now for the important part, thanking those that have helped me over the years. The one that deserves the most thanks is my Dad, he has always been there for me and has helped me more than I can ever say. Everybody else in my family deserves a big thanks as well, they have been so supportive over the years. Thornhill is a mostly family run business and everybody helps out as much as they can. Also, tons of friends have helped out as well. I’d be typing forever to list them all but they know who they are, thank you. I could not be where I am today without the family and friends that I have.