TALK IT UP TUESDAY: Ryan Lutz 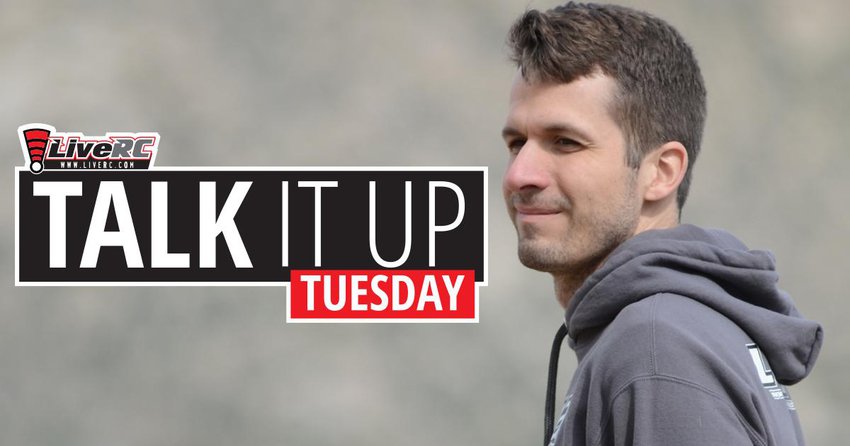 For this week's Talk It Up Tuesday, we caught up with new Nemo Racing/Agama racing star and family man Ryan Lutz to talk about racing and the future.

LiveRC: If you had to summarize the start of the 2019 season how would you consider the year thus far?

Ryan: In two words or less: Great Progress.
But to elaborate further it’s been so much fun. It’s been very relaxed as far as expectations go and I have been very excited and pleased with the pace and abilities of the Agama rides. Things are really falling into place this year to be able to do more really quality testing to start the year and I am taking the extra initiative to really put my best foot forward. While I have had 3 misfortunes to start the year, I know that stuff will buff out and otherwise the results have been awesome!

LiveRC: It has come to our attention that you are running a new fuel from RCPro Fuels, can you tell us anything about it?

Ryan: Absolutely! It was made in collaboration with Indy RC World who runs the RC Pro Series. They wanted to produce a fuel blend working with VP Fuels to make it. They are going to offer a Lutz Edition blend of the RC Pro Race Gas and I had the option to help formulate it for whatever performance I wanted. With the mentality I have I want something that is going to work good for everyone and offer great engine protection and performance. I know some straight synthetic blends don’t necessarily offer the best performance in some Non OS brands. So I wanted something that would work great in both my Bullitt (OS Based) engine as well as all the other brands on the market. So with the help of Tommy at VP Fuels he had some ideas to try out some different formulas with a caster synthetic blend. I feel what we came up with has the same runtime as the straight synthetic while offering the protection of the caster. I feel it will be perfect for myself and the majority of the RC Population! 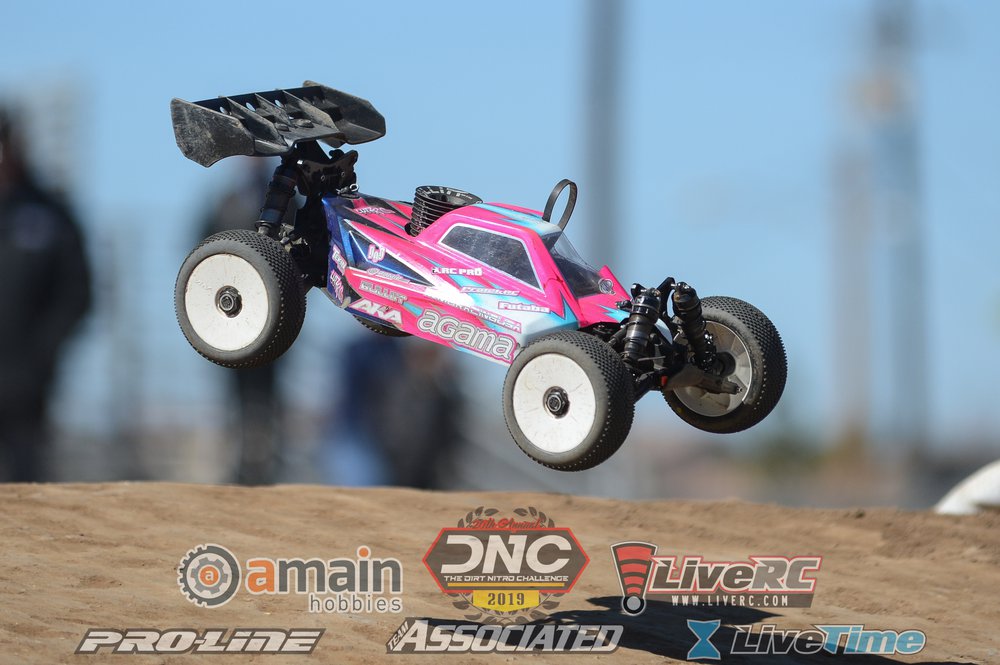 LiveRC: How has the transition from Tekno/Blok to Nemo Racing/Agama/Bullitt been?

Ryan: Engine wise it’s similar as they are both OS based and I’ve come to love my Bullitt engines straight away. The cars are a bit different and having been with the same company for a number of years takes a little while to get comfortable with the build and rebuild process but I’ve got it down now and I feel I am getting close on my database for different tracks. At each new track I have to see how the car reacts and be comfortable with the changes I’ve made in the past to apply them to the new tracks I attend. That database is filling up and the comfort is coming and it’s just going to show in future results!

Ryan: Doubtful but anything is possible.

LiveRC: Last weekend at Nitro Challenge we saw Joel Johnson, and this weekend at the RCPro series race we saw Gil Losi Jr., world championship wins aside, are we seeing the resurgence of AKA racing?

Ryan: There is absolutely good things coming from the AKA camp and they are for sure on the up swing. With Gil more involved again and as we get him to more races with us, his vast expanse of knowledge is just a blessing that I am grateful to be able to tap into. I can’t wait to continue to work with him and try out his ideas and I know everyone at AKA and those who choose AKA are going to benefit more and more from this resurgence as you say! 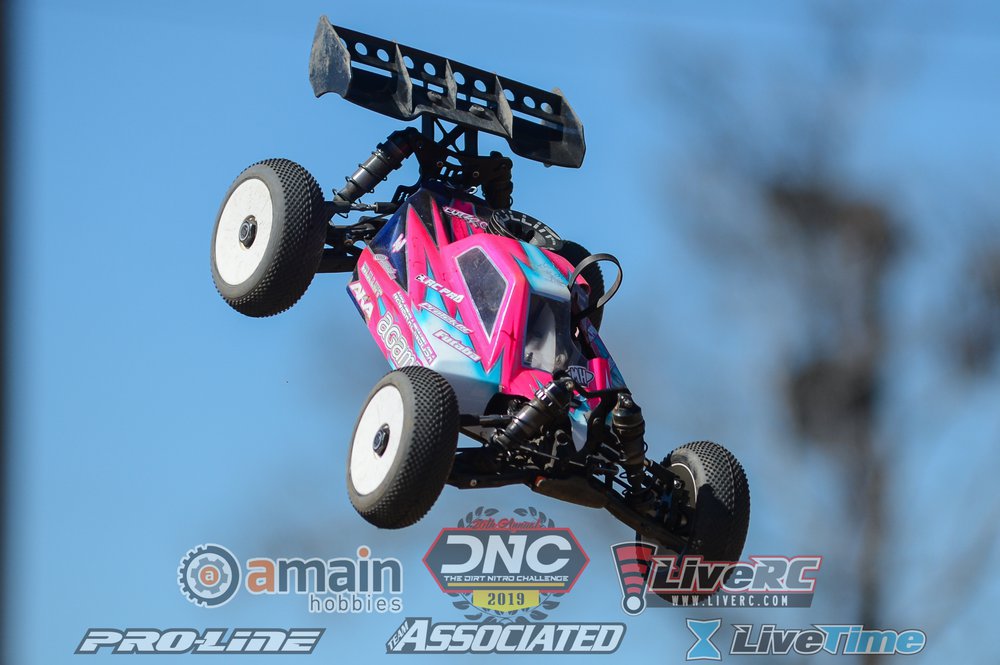 LiveRC: Would you say you have a bigger role in the Nemo Racing brand than with Tekno, and if so, can you elaborate on what you are doing?

Ryan: I would say it’s similar starting out wise except Nemo/Agama doesn’t yet have the footprint across the country that Tekno already did when I signed on. So perhaps the challenge is greater to help build a smaller starting out company however they have been around a while and have a proven platform worldwide.
Billy at Nemo has many artistic talents as well and I think it’s great as he is awesome with Videos and photos and social media and I feel the collaboration is going to produce fruit as the year progresses and our new buggy comes out and the Outdoor season gets underway! We are working tirelessly in these waning winter months to be able to put out the best product and support possible when spring comes!

LiveRC: Obviously, with some DNF’s at nitro challenge you likely didn’t have the weekend you were looking for, but was there anything positive to take away from the weekend?

Ryan: There were absolutely positives. As mentioned, the expectations are low and we are out there having fun competing. They are ecstatic with my work ethic and were thrilled with my making the A mains in the Nitro classes. I felt I had the buggy for a top 3 finish in Nitro buggy and felt I had a top 5 truggy. So the pace is there and the results will come! The competition was so great at the DNC and only having less than 2 months and having such a small presence there I felt it was an awesome showing!

LiveRC: If you could move anywhere in the country, where do you think you would go?

Ryan: Someone was talking to me this weekend! ;-)
But yeah, a move is being considered and of course with having 7 people to house there is a lot that goes into that decision. We are leaning on God to see where He leads our family. :-) 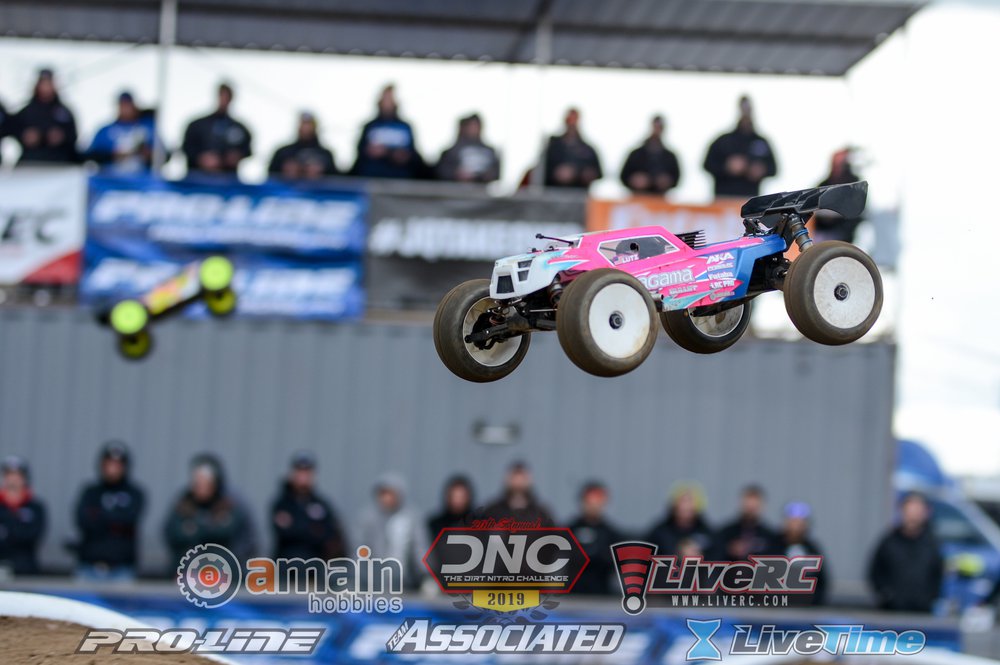 LiveRC: What event are you most looking forward to this year?

Ryan: Nitro Nationals should be very good for me. I always seems to do pretty well and this year I’ll have more practice at the track Nationals will be at than ever before. I’ve been to Thornhill twice this year already, and will be back for the Nats warmup as well.

LiveRC: Is there anyone you would like to thank?

Ryan: Everybody! Just everybody! (Haha Billy! ;-)
But seriously Nemo Racing, Nemo Racing USA, Agama, AKA Tires, Bullitt Engines, Futaba USA, Tekin, RC Pro Race Gas, Amain Hobbies, Dutch Oven Designs, MH Designs, and LutzRC for their support. And individually Billy Tylaska and Gil Losi Jr for just being so awesome to me this year already! It’s going to be great! :-)
Also thank you LiveRC for the opportunity to be a part of Talk it up Tuesday!