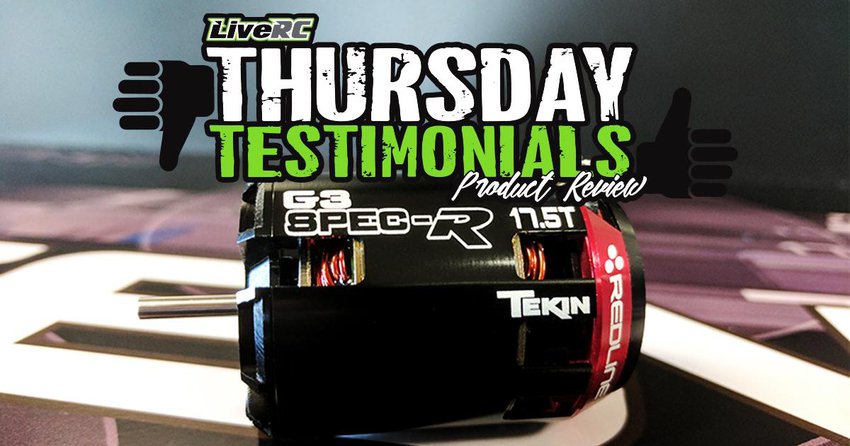 Back to 17.5 racing for this week's Thursday Testimonial. This week it was a motor test with the New Tekin SpecR 17.5 motor. This motor was purchased at Hooligan RC my local hobbyshop and installed on a Team Associated B6.1 with only a slipper eliminator seperating it from being completely stock. 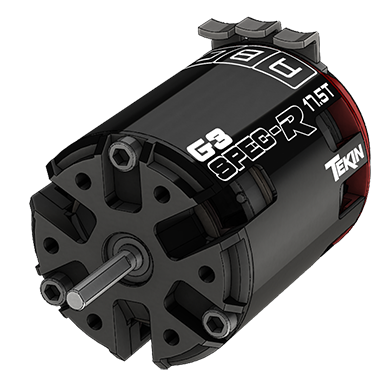 The Focus of the new SpecR design was to lower the resistance of the motor for more effective power compared to previous models. In 17.5 the name of the game lately seems to be lowering resistance wether it be in the battery, wiring, or ultimately the motor itself. The SpecR comes in 21.5, 17.5, 13.5, and 6.5 options. This all comes wrapped in the typical asthetic black and red aluminum Tekin is known for. I didn't really know what to expect, Tekin products are found quite frequently at the 8th scale tracks I race at often, but you don't see them nearly as often at 10th scale tracks. 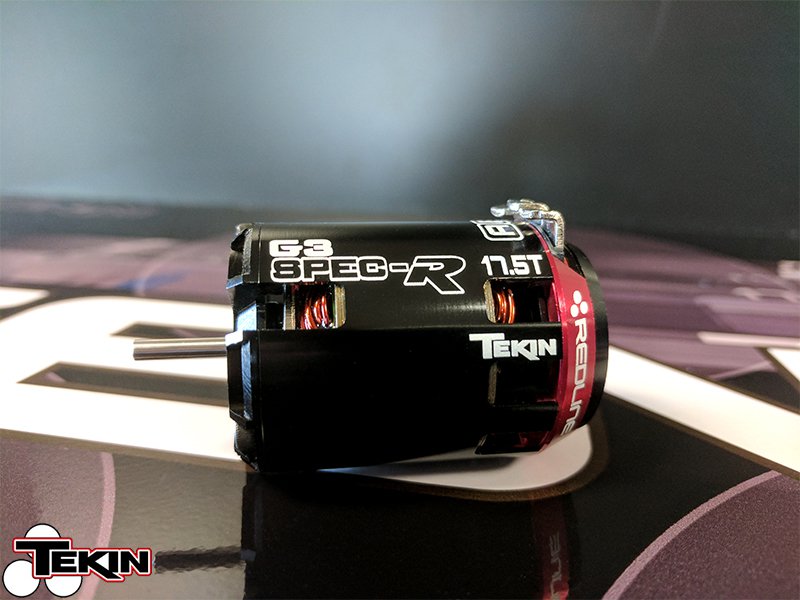 For testing, I made the last second decision two weeks ago to run 17.5 at my local SSPS round at Thornhill Racing Circuit. I had a Tekin SpecR 17.5 on order, but my local hobby shop owner Jerry graciously let me take a new one from his shop Hooligan RC to run that weekend. To preface, I have a bit of experience with 17.5 racing having made the stock buggy and truck mains at the 2016 ROAR nationals and finishing top 5 in both classes. My current charger only charges to 6 amps, I used the stock bearings in my b6.1 and the running weight with turf tires was about 1520g. The only parts I added in an effort to help with stock racing was the Team Associated Slipper Eliminator and a fan on the motor. For gearing 26/72 was used through recomendation from Randy Pike at Tekin. Finally the motor was placed on an analyzer and the timing was set to pull about 3.5 amps. 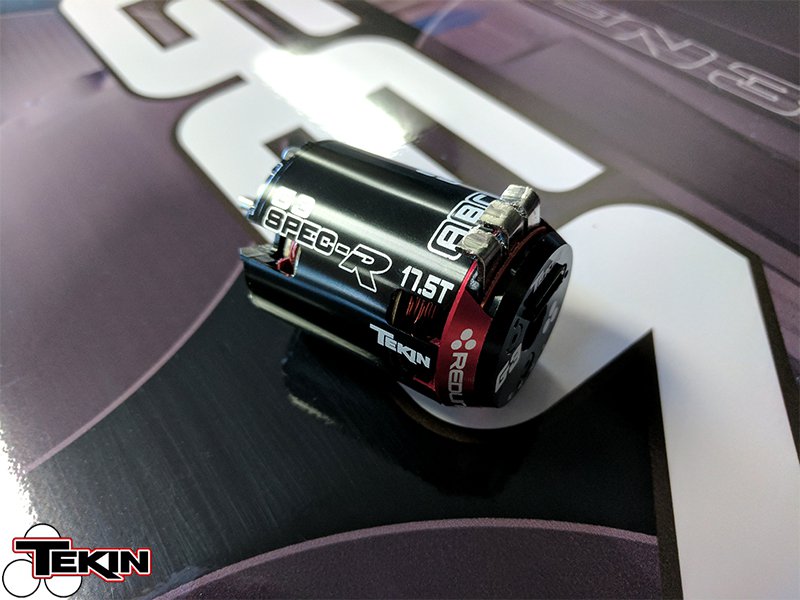 I ran the motor through practice, 3 rounds of qualifying, and dual mains changing absolutely nothing from run to run just to see what it would do. First thing I noticed was the massive amount of torque compared to the motors I have used previously. I found this interesting considering the use of a 72t spur over the standard 69t used in stock racing. The tricky double jump on our layout for the weekend was easy during minute 1 in the main and still easy during minue 5. Considering I was not using ceramic bearings or aluminum driveshafts or charging at high amperage I was fully expecting high motor temps and motor fade, but to be completely honest the fade was negligable. The motor was very consistent run to run and from the beginning to the end of the run. 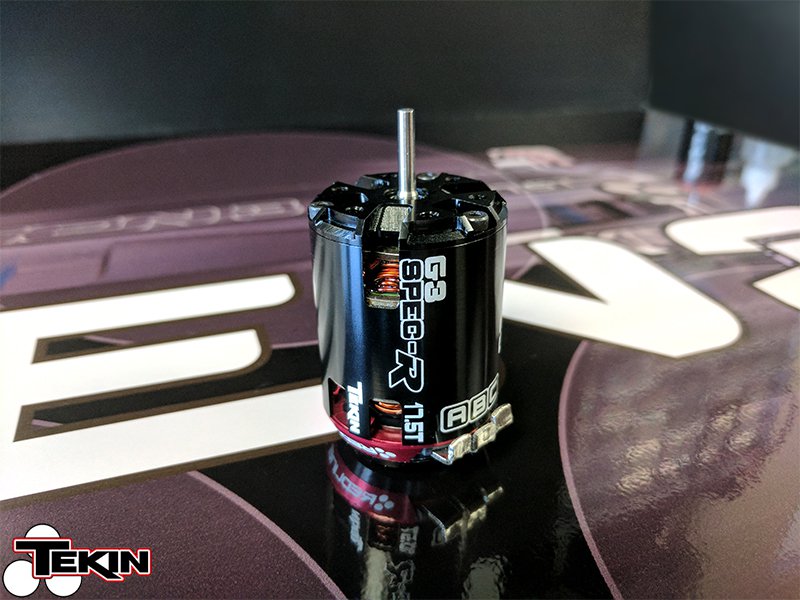 As far as results go, I don't get to run 10th scale as much as I would like and this was my first time running stock in a long while. I was able to finish 2nd out of over 20 stock buggies behind my buddy Ethan Lefebvre who runs stock a few times a month. He and others were impressed with the torque and consistency of the motor straight out of the gate. Overall I believe it was a very successful outing aided by the SpecR.

I came in with zero expectations on how this motor would do, I have tried quite a few stock motors in the past and I expected this to be more of the same. This motor had quite a bit more torque than any other stock motor I had tried. The top end was pretty comparable and the lack of fade was impressive.

Going to give this a 5 out of 5. You literally can't drop more than $100 on this motor, there isn't a "pro build" offered or whatever you would like to call it. This motor is $99.99 no matter how you slice it. The torque is solid and the motor has top end to match. If you are looking for a top level stock motor that isn't going to break the bank here you go.