The Unprofessionals: Holding Your Line 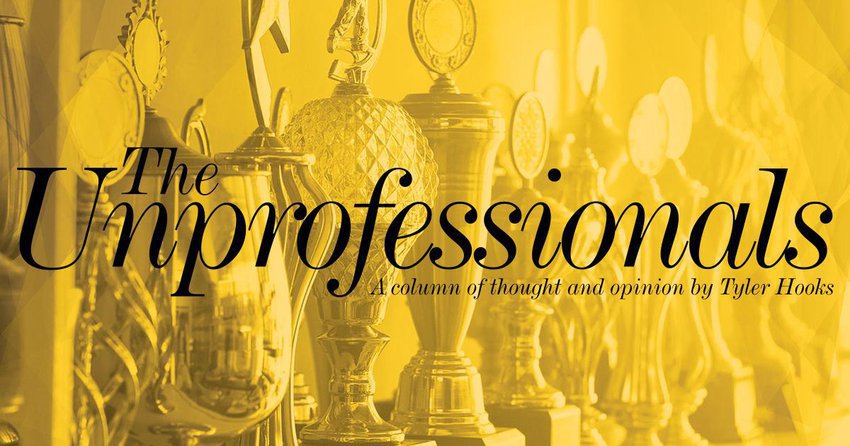 When I first started racing I was always taught to hold my line and the faster racers will find a way around. I still hear it to this day and personally I think it is so misguided.

The principle comes from other forms of motorsports and those inherently make sense, if you're a slower driver, drive your same line around the track and the faster racers will find a way around. You are ultimately trying to do the same line or a variation of that every lap and in a car or on a bike you can more than likely hit it with some sort of accuracy. A faster racer can and will find a better way around the track or find a good way to take you out without harming themselves if you are taking the only good racing line.

This isn't as much the case in most specifically off-road RC racing but also in on-road. Unless you are at a fairly high level I don't believe that most people can hit the same line every lap with any sort of accuracy, I believe that we would all like to, but it just doesn't happen. This leads drivers trying to get around you to have to try to guess what you are going to do in the next corner or section and if they guess wrong then mishaps happen ultimately slowing both drivers. I've heard so many times "I was holding my line and you took me out," but was the line the same as the last lap? Was it really? If a car comes up on you extremely fast and then all of a sudden is stuck behind you, you aren't the same speed you're just in the way, sorry but I'm not sorry.

Why do we teach this? Why do we do it this way?

Instead why don't we teach drivers how to get out of the way without losing time? I have found myself in the back of a lot of higher level 1/8th scale off-road mains and you either get out of the way or someone like Maifield or Tebo will want to set you on fire after the race. I'm fast enough to be in the racing line and fast enough to make the main but I am in their way, it is easier and less painful to just move.

On the flip side, if you're a quick driver and you immediately try to pass every driver you come up on at mach 7 in the next corner, the slower driver likely doesn't have enough time to even think about getting out of the way and you're probably going to take each other out, practice some sort of patience.

Why don't we instruct new drivers when they come to a new place or new layout on good places to move over and bad places? Let's get people used to making room without losing multiple seconds and reduce the amount of lap car mishaps. We aren't in the cars, we can't see the track the same way, so we probably shouldn't approach the concept the same way.

Let us know what you think in the comments.