Check out what the entry list looks like for the 2022 Visions Off-Road Championships look like, there is still time to signup and attend the event as well as the festival!

With the current amount of entries, we should have an extremely fun laid back atmosphere with plenty of time to check out all the action surrounding the RC event at Visions Outdoors. Five different drivers in open class will each take home $1000, along with smaller cash prizes for other drivers in open! The field is wide open as to who will win! 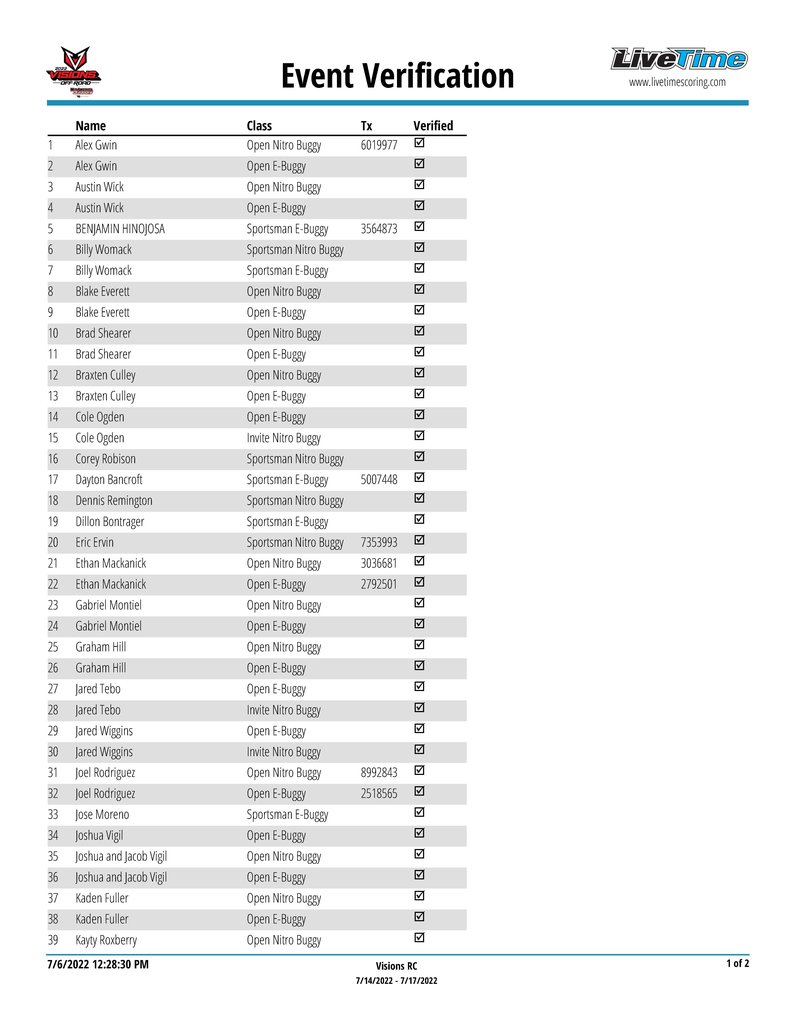 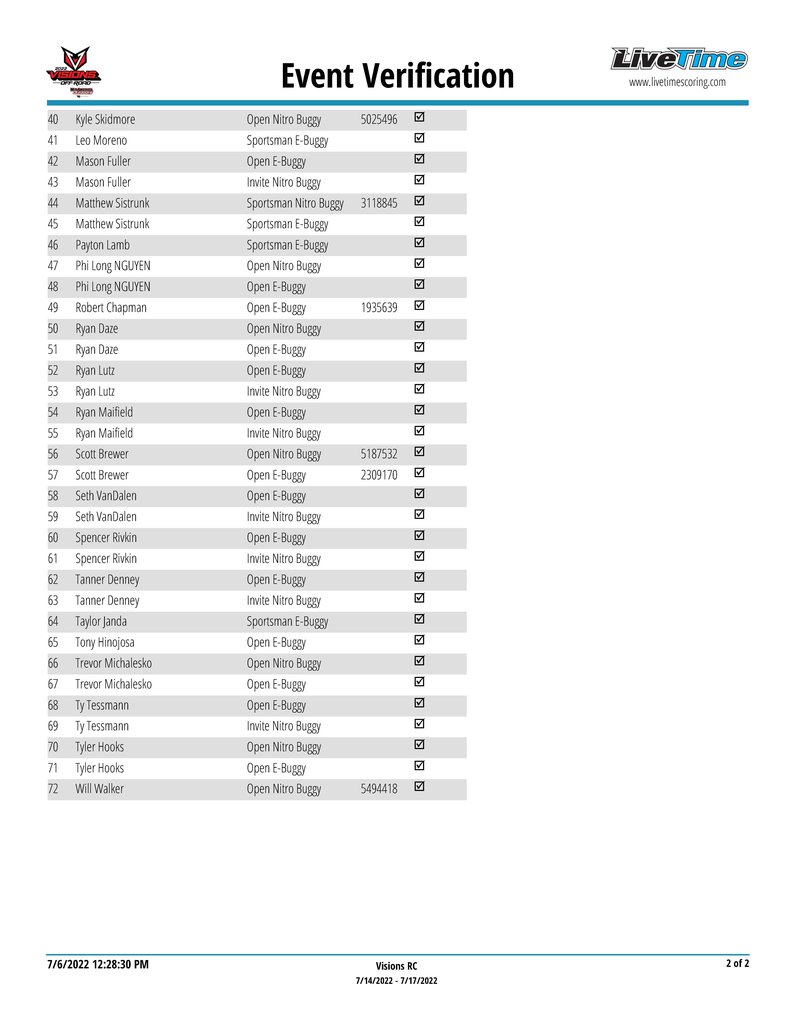 MARK YOUR CALENDAR! Visions Off-Road 2022 will be July 13th-17th at MidAmerica Outdoors in Jay, Oklahoma. We're planning 5 days of non-stop action: the biggest off-road racing series will be battling it out, from NRRA hill climbs to Ultra4 endurance to MAO Racing short course and more. On top of that, shows and entertainment every day provide all kinds of fun and adventure for the whole family.

We cap off EVERY night of Visions Off-Road with an amazing live music concert. We're excited to bring LOCASH, Buckcherry, Black Stone Cherry, Jumpsuit Love and Back in Black to this year's event!

Ticket Booth open 8am through overnight

8pm-1am: Visions Kickoff Party @ CocoNuts - hang out with our park sponsors
and vendors!