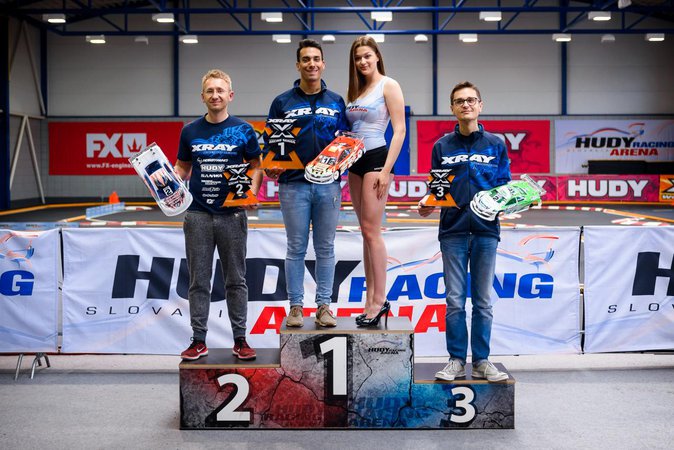 From 3 to 5 May, Xray Grand Final 2019 took place Hudy Arena, Slovakia. Drivers raced in both nitro and electric classes. Due to unpredictable weather conditions the 1/10 electric class driver raced in the indoor asphalt track.
On the indoor tracks we raced in 5 different classes. On Saturday there where 4 qualifiers run and on Sunday 3 final runs.

In FWD class with the new Xray T4F Jan Ratheisky showed incredible speed and capabilities of the car taking the TQ and win in first two finals. In 3rd final it was a battle between Francesco Martini and Micha Milanowicz for the second podium place. Micha made one mistake what given Francesco a safety distance to claim the win and overall 2nd position while Michal finished on 3rd position.
1. Jan Ratheisky
2. Francesco Martini
3. Micha Milanowicz

In 1/10 Pan car class drivers on foam tires had to fight with the grip on the tracks keeping their car in the perfect line.
The TQ went to Ondrej Kohoutek and he managed to keep his starting position and finished 1st overall. Also Marek Helbich kept his 2nd starting position throughout the finals and took 2nd overall while Kai Asmer showed some great performance and managed to finish 3rd overall after starting 8th on the grid.
1. Ondrej Kohoutek
2. Marek Helbich
3. Kai Asmer

F1 class been really exciting. Rene Kolbe with great performance in qualification was able to TQ in front of Luke Lee. The Final been exciting for all drivers trying to keep their X1 cars stable in on this technical track. The final positions ware decided in the 3rd final run where Jan Rahteisky showed incredible speed starting from 4th spot. He quickly advanced to 3rd and waited for a open door to pass Luke Lee and manage to do it in the 3min into the race. During final seconds of the final Rene Kolbel made a mistake giving a chance for Jan to win the last final and overall win.
1. Jan Ratheisky
2. Ren Klbel
3. Luke Lee

TC class - modified been the most exciting. The fastest racers had driven carefully without making any mistakes to be able to make good times. The fastest in qualifiers was Bruno Coelho who took TQ in front of Martin Hudy. The finals ended as their started with Bruno on pole position giving no chance to anyone to pass him, Martin Hudy second and Alexander Hagberg 3rd. Top 3 drivers showed a great race and performance of the T4 in modified class.
1. Bruno Coelho
2. Martin Hudy
3. Alexander Hagberg

Nitro Classes were able to get their laps done on Saturday which was the only day allowing drivers to get out on the track.

In 1/8 IC class it was Tomas Liptak who dominated the race by taking TQ and Overall win. Branislav Panak showed good times in qulaifications but was not able to finish the final so Marcel Dostal took 2nd overall after starting 3rd on the grid. Frank Wittke from Germany took 3rd overall. 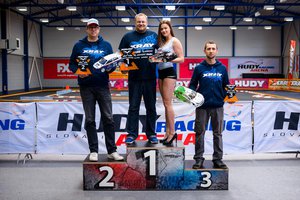 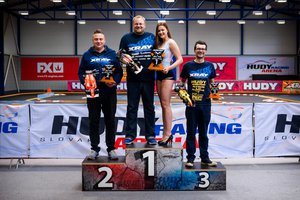 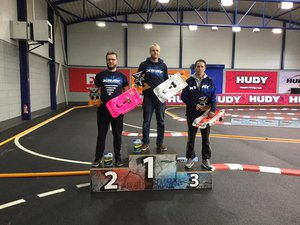 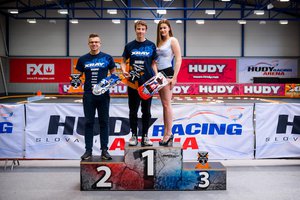 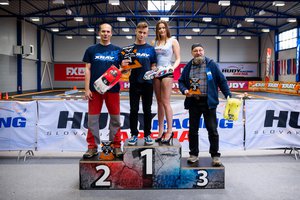 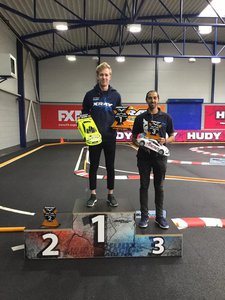