A MOMENT WITH MIKE: Cars or Confidence - Which One Wins Races? 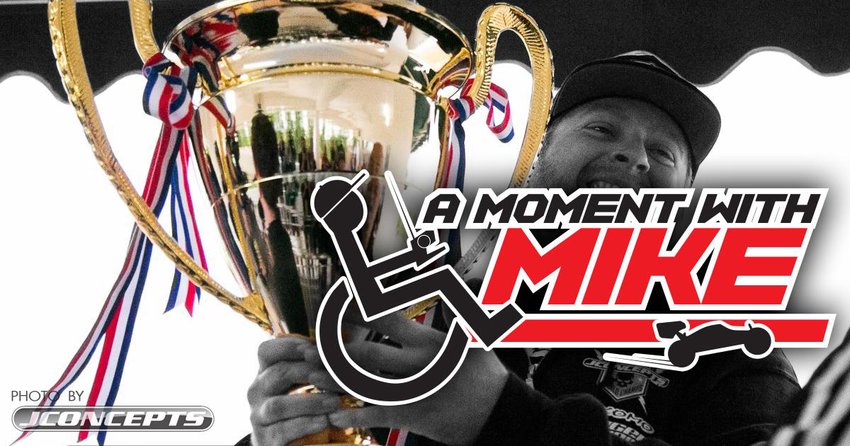 New racers often ask me what the most important thing is for winning races, and my answer is always the same – attitude and confidence. Typically, my answer goes in one ear and out the other, and I receive the response of, “No Mike, I mean like what do I need to do to MY CAR to win races?”

Car setup and proper equipment is very important to be successful on the race track, but mental confidence and a winning attitude is also required and often overlooked. If the confidence is there, even a less than perfect setup or choice of tires can be driven well. I hear drivers constantly making excuses of equipment and setup being the reason they didn’t achieve the results they had hoped for, when truthfully the problem isn’t the car or tires, it is the driver’s lack of confidence and attitude on the race track.

To prove my point, I recently offered to help a friend who was losing because his “car just sucks so bad”. I had heard enough so I took his car, his box of parts, his $100 option parts, and went back to my pits to get to work on a new setup. For the winning setup I cleaned off the body, washed the dirt off his tires, and wiped off rear wing. 30-minutes later I took it back to him and said, “Here you go boss, it should be golden now. Your setup is DIALED now.”

THINKING that I had totally changed his setup and adjusted his car, he went out in the next run and finished 2nd in his heat, which was his best finish of the day. He came off the drivers stand all smiles and is quoted saying, “Dude, your magic man. That felt awesome.”

Did cleaning the body, washing the dirt off his tires, and wiping off his rear wing magically make the car work better? No. Did the confidence he had going up on the drivers stand believing he had a winning setup make the car work better? Absolutely. Believing that he had a good car, when in fact it was the same car that he drove the race before and claimed it was terrible, was the boost of confidence he needed to adapt, slow down to go fast, not overdrive, not get frustrated or blow out, and finish better than he had all day long.

I am NOT saying that setup, what brand of car you have, and what tire choice you make isn’t important. Those are all very important, especially as your racing excels and you start racing at a faster pace with more and more drivers on your level. I am saying that before making excuses, quitting mid-race, chasing a magical setup and/or buying a new car every time you start losing, first evaluate whether the issue is truly in the car or whether it is in your head.

Confidence comes in many ways, and not all racers build confidence the same. For my buddy it was being told he had a good car that gave him the confidence that his equipment could win races. For some it’s as simple as cleaning their cars between rounds that makes them feel more prepared and confident. For others it is doing maintenance between races by freshening up the shock and diff oils. Then there are those like me who feels there is no amount of maintenance or cleaning that can build the confidence that going to the track and practicing does.

Do you think that Ryan Maifield won his first two IFMAR World Championship titles in 2017 simply because his new Yokomo cars were that much better than the TLR or 29-time World Championship winning Team Associated cars he drove years before? No. Do you think that after 17 National Championships and 2 World Championships Jared Tebo won his first ever Reedy Race in 2019 because Tekno RC is that much better than the Kyosho or Team Associated cars he drove years before? No. Yokomo and Tekno RC make great cars, but in my opinion, it was the boost of confidence and new attitude towards racing they received after joining these new teams, rather than the equipment itself, that played such a major role in their success.

To further that point, how often do we see drivers that are more than capable of being a title contender at a National or World Championship finish poorly because a manufacturer sends them to a race with a new or prototype car that they aren't familiar with? Too often. It doesn't mean the driver suddenly lost their talent, and it doesn't mean the new/prototype car is junk, it simply means that with limited time driving it before the race they lack confidence necessary to finish where they belong.

Maybe it will take a complete setup overhaul or buying a new car to give you the boost of confidence you need, but before you spend hours copying setup sheets and spending hundreds of dollars on new stuff - figure out what mentally makes you feel confident in your racing. Confidence is the key to winning races, and 99% of the time you can’t buy confidence. You must find it, build it up, and keep it going with hard work and dedication. 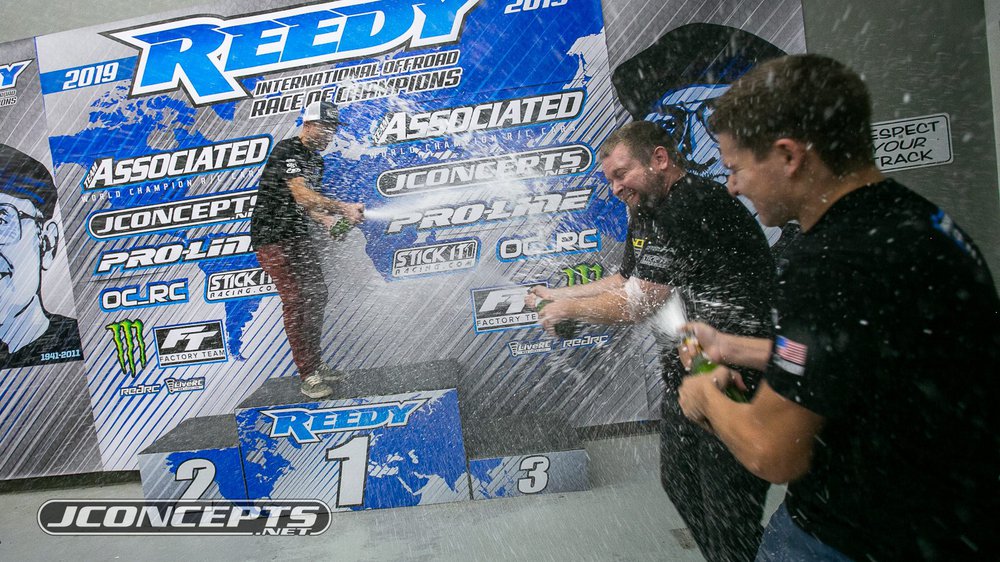