Talk It Up Tuesday: Ryan Pavidis 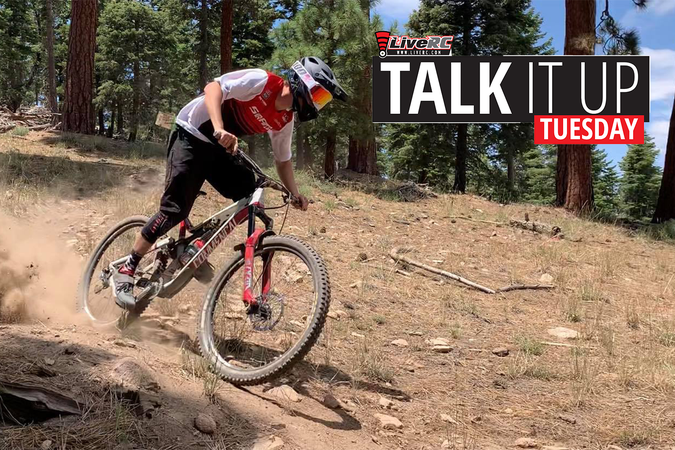 This week we caught up with Ryan Pavidis, Ryan made his first ROAR Nationals main event along with multiple major 1/8th scale A-Main appearances. #TalkItUpTuesday

LiveRC: Hey Ryan how is everything going out in California?
Ryan Pavidis: It’s been good I’m having fun riding mountain bikes and hitting some of the local RC events.

LRC: What does a day in the life of Ryan Pavidis look like lately?
RP: A day in the life for me right now typically includes a little of everything. If I’m not working at the hobby shop I’m probably going to a race out of town, working on the project dirtbike I bought or wrenching on my own stuff with mountain bike rides a few times a week.

LRC: Are you pursuing racing full time?
RP: I’ve been racing RC for about the past eight years but had not really taken it seriously until this year. After seeing some progression in my racing this year and having a good time doing it I’m excited to work harder in 2022 and see what I can do!

LRC: What was the feeling like making the main event at the ROAR Nationals this year?
RP: Making the ROAR nationals main just felt like a huge bonus to a great week. With Ty getting dq’ed in our semi it allowed the next fastest guy (me) to make the main. I was trying not to get my hopes up after the semi as they were still doing tech and there was a bunch of controversy about people getting disqualified so I just hung out with some friends while we waited for the cars to be released. I think it was Tim Lime that came over and said I made it in. That was a cool feeling, I’ve watched so many ROAR finals and finally got the chance to be in one myself!

LRC: Has it been fun working with your dad on Hot Race projects?
RP: I was able to test the new Hotrace compounds with my dad and Nicola at the track when they first came out almost two years ago so that was pretty cool being able to feel the differences between all the tires and give solid feedback. This year has been a learning experience going to all these different tracks around the country and learning when and where to run certain treads/compounds. The team atmosphere at the races is second to none between all the Hotrace drivers, to say I’m happy with my tire program would be an understatement.

LRC: What are your plans for next year racing wise?
RP: Plans for next year will include hitting all the big events I was at this year plus the World Championship in Spain. I want to be in more A mains and get good starts which is something I’ve struggled with despite qualifying well.

LRC: Is there anyone you would like to thank?
RP: Yes of course! Thanks to my sponsors Team Associated, Reedy, Hotrace Tires, Futaba, TNR fuel, Racecraft, DCRC designs and BPITDesigns for providing top notch equipment and support. Thanks to my mom and dad as well as all my racing friends who have helped me at the races I appreciate it! Also thanks to Brandon, Tyler and the rest at Liverc for the awesome job covering our hobby!