Talk It Up Tuesday: Brent Thielke 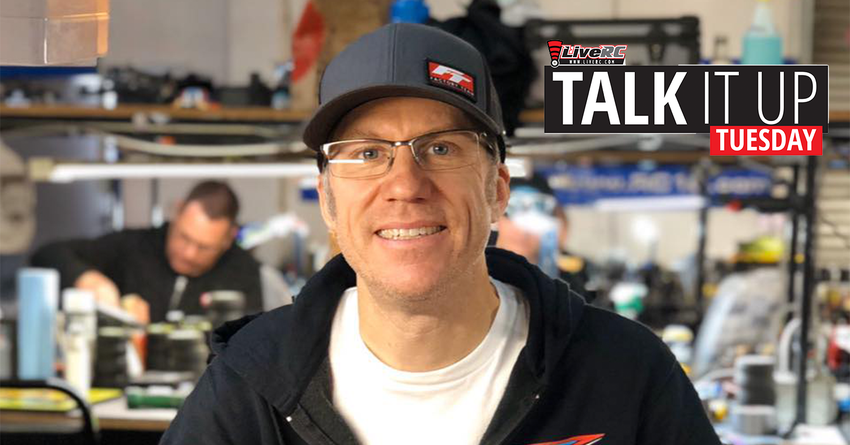 Just after the recent announcement that the 2021 Reedy Race will not take place, we caught up with Brent Thielke to hear about what he has going on and how 2020 has been treating him.

LiveRC: We have been asking the same first question to everyone lately, how are you and your loved ones doing with everything going on?
Brent Thielke: Thanks for the opportunity to discuss a very strange time in the world and our industry. I hope all my friends and fellow R/Cers have been safe during this time. My wife and I have both been working from home since March and getting along well. It’s been nice being able to spend lunch time together, get some odds and ends done during the day and check in on work throughout the day. My schedule is always so fluid anyway with drivers in different time zones and weekend events, that stealing a few hours during the daytime for errands and tasks helps balance out the work load.

LRC: We haven’t seen you much lately at the larger events has your role changed at all this year?
BT: If not cancelled, I have attended most of the same events that I have in the past. It may seem like I’ve missed some events, but typically we have Richard Saxton attend the nitro events as a company representative and pit guy. Given the ability to social distance and open spaces, the nitro races are the ones that have continued to flourish during this time. I will be attending a few more events to end the year including the Alabama Manufacturers Shootout, Team Associated Top Gun Shootout and I just returned from the Masters of Dirt. Probably the oddest thing for me has been the lack of flying. The last time I was on plane was in February. That’s the longest gap I’ve had since taking the Team Manager position in 2004.

Given the event schedule I have been working in the office for multiple weeks at a time and it has allowed me to help with some business tasks and to contribute more to the management team. It’s been a nice change of pace and something I enjoy as we all work towards making Associated Electrics a strong, reputable and consistent company for our customers.

LRC: Going into 2021 will we see you competing again in the 2wd modified and 40+ classes again?
BT: I love the 40+ class. It’s one of the strongest, most consistently deep classes at all the events. Racing with others who remember the greats of yesteryear like Kinwald, Pavidis, Francis, etc. makes for memorable drivers stand experiences and I get to race for myself and not with one eye on my team in the main classes. We have a good group of 40+ racers and they value the input from another 40+ guy for setups and technique, so I see myself continuing to compete in that class and backing out of the main classes; but it needs to be open motor. I’m not ready to consistently retire to 17.5T or 13.5T yet.

A new class popped up this past weekend; 40+ 4wd Modified at the Masters of Dirt. I hadn’t seriously raced 4wd since the 2018 Reedy Race, so it was fun to get back on the clock without worrying about getting in the way of the heroes...lol. Those guys are BALLISTIC!

LRC: Will we see the Reedy Race make a come back in 2022 all things returning to “normal?” Also is there any future for past events like the Reedy TC Race of Champions or the Reedy Truck Race of Champions?
BT: The Reedy Off-Road Race...my baby. It was a very difficult decision for all of us at AE to place the event on hiatus, but it was the right thing to do. At this time we do not have a plan to bring the event, or any of the Reedy Race events back until the industry is ready for it. The event has always prided itself of being more than just a race.  We cherish the opportunity to honor the memory of Mike Reedy and want to do that in the inclusive, competitive and iconic fashion that he deserves.

LRC: Team Associated was able to fairly quietly release the B74.1 without much of the media really knowing, no mention of the “two weeks” release, how were you guys able to fly the release so far under the radar and what about the new platform has you the most excited?
BT: Like most rumors, they come from people seeing something. With all the track restrictions during the development of the B74.1 we were able to conduct our testing relatively quietly and without many eyeballs noticing. Add to that many of the changes aren’t that noticeable to the naked eye and it wasn’t that difficult to keep things quiet. What was difficult was learning the best way to communicate without meeting in person like we’ve done for 50 years. Hats off to the Engineering and Marketing staff for keeping everyone at the office in the loop and staying on schedule.

Even though the car may not appear much different, we learned a lot during the testing and development phase. What the customers will get is a more refined vehicle out of the box that is better suited to their surface and along with a more educated list of setups on our website from the team. We’ve worked hard the past couple months to dial in the setup and that showed this past weekend with Aydin Horne TQing, Spencer Rivkin winning the class and Dustin Evans claiming the Master of Dirt title against some stiff competition. Stack that on to a dominant performance from Broc Champlin at the JConcepts Midwest Carpet Championships and we are pleased with the progress and hope the customers are too. But like always, we’ll keep developing the cars to go even faster.

LRC: I’ve asked you this as a racer off the record, but I think people would be curious to know if Team Associated plans to build any oval platforms? The B6.1 is a very popular conversion car at the moment but I know people would appreciate being able to get a full car directly from the source.
BT: I’ve brought up oval cars to the managers in the past with mixed reviews. We love that our vehicles are the platform for many of the most popular conversions out there. That shows that the customers have faith in our core products and engineering.

This year we had to make a tough decision to back out of on-road racing and one of the reasons for that was workload. Our entire staff has been going full speed with more releases than I can count in this past year. We’ve continued to expand the Element RC line of vehicles, took the drag racing scene by storm, currently hold the IFMAR titles for the two most prestigious classes in the world (1:8 Off-Road & 1:10 2wd) and with limited manpower, we need to focus on what we feel are our most viable categories.

LRC: You guys have released some awesome products recently breaking into new markets with the Element brand and the DR10, how are the new ventures performing for the brand?
BT: Entering any new market is tough. It comes down to timing, marketing and providing something that isn’t currently available. It’s no secret that I’m a racer first, but the photography and details of the scaling and drag vehicles is impressive. I like to think I am meticulous with my mechanic skills, but their level of detail goes beyond that.

We learned a lot with the launch of the Element RC brand and the team has really hit their stride this year with the Trailrunner and Gatekeeper releases. The demand is through the roof, they look awesome and we continue to evolve the designs. It’s everything you want from a brand. Then throw in the DR10 and it’s like catching lightening in a bottle. With all the stay at home orders this summer and easy online/delivery product options, this class has exploded. I know there are more exotic and faster conversion cars out there, but for opening the box and racing your neighbor, it doesn’t get much better than a couple DR10s.

LRC: Is there anyone you would like to thank?
BT: We are living in a unique time right now with all the social justice movements, political division and pandemic restrictions happening all around the world. I’d like to think that R/C can be something that can bring us all together. We have a lot of new members in our club, so if you are a veteran of the sport and see someone new, lend them a hand and make a friend. If you’re new to the hobby or finding it again, reach out in your community to others or establish your own club of enthusiasts.

Throughout the years I’ve had a lot of people help me and many are still in the industry/hobby today. R/C can be a great teaching tool for a lot of life and that’s what I hope to pass along to the latest generation. So if we’ve ever shared a driver’s stand, laughed in the pits or raced to turn marshall a vehicle, know that you’ve had an impact on my career. Yes, even you...yea, you!