This past weekend we saw a stunning performance by Ty Tessmann, who would go on to win not only one National Championship title, but TWO. Ty dominated by taking TQ in both buggy and truck classes, and carried on to win the 1/8 Truck A-Main and 1/8 Buggy Final. While this feat is nothing short of amazing, it is not the first time that Tessmann has done this at a ROAR Fuel Off-Road Nationals event.

For this week's "Flashback Friday" we travel back to the 2012 ROAR Fuel Off-Road Nationals where Ty Tessmann would claim his first double championship victory. He would go on to do it again in 2015, and now again in 2018. 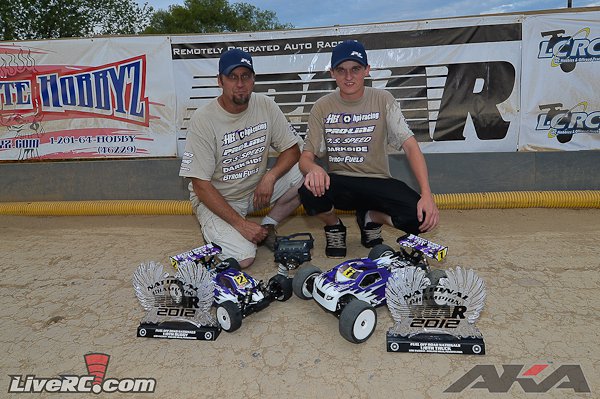 I've always thought the title "ROAR Nationals" was kind of weird. They are the championships for ROAR - the sanctioning body for the United States and Canada, and are open to any ROAR member. Yet, there is a Canadian national and a, presumably, United States national. The operative word here being "national," derived from "nation" - which would imply they are the the championship for that particular nation. Which makes sense because there are a separate Canadian nationals which is also sanctioned by ROAR. Confused yet? Well, today things got a whole lot more confusing.

Now that young Canadian R/C superstar Ty Tessmann has conquered the ROAR (U.S.?) nationals, we may have to change the name of the race to the "ROAR Championships." Or, to take a page out of Europe's playbook -- "The Ameros."

The young Canadian has done more than just confuse people like me whom think too long and hard about the meaning of words and titles and how they intertwine with reality -- he has cemented his place amongst the best. Only one other driver has won both the buggy and truck 1:8 national titles in the same year. Combined with his excellent performance at this year's Dirt Nitro Challenge, Tessmann is now ranked No. 1 in the summer 2012 LiveRC Power Rankings and has to be the overwhelming favorite going into the IFMAR world championships this December in Argentina.

Ty's amazing drive wasn't the only impressive feat this weekend, however. Nipping on his heels (both figuratively and literally) was the even younger Dakotah Phend, whom finished second in both classes -- nearly winning the buggy final.

Speaking of the buggy final, the two young stars battled for a majority of it. There were stretches of it where it seemed Dakotah may run away with it and other portions where it seemed Ty would be untouchable. But a combination of bobbles and mishaps had the two within car lengths going into the final lap -- which may be the best 45 seconds of racing in R/C history.

Both drivers had leads. Both drivers gave them away. Both drivers attacked and overtook. In the end, both drivers powered into the final turn -- Phend made one last inside pass for the lead but carried too much momentum into the turn and went wide -- Tessmann took advantage of Dakotah's wide line to duck right back inside him and beat him to the finish by the narrowest of margins.

Had either driver been facing a veteran pro on the last lap, they may not have had the second and third chances each of them had to retake the lead after giving it up. A veteran would have capitalized on their mistakes and not made their own. But Tessmann and Phend may have both just made a critical step forward in the development of an R/C driver. We might not see either driver make so many nerve-related mistakes on a final lap again. They've both been there now -- in the thick of a fight on the last lap with a major championship on the line. Not even that many veteran pros can say they've experienced that close of a battle that late in a race of this magnitude. The experience both of them will have gained from this is invaluable to their future careers. They've both gotten a huge shot of ice in their veins. Neither one may ever face that type of pressure on the last lap of a major 1:8 buggy final ever again. So, in some ways, every race for the rest of their career will be easier than the one they just had. 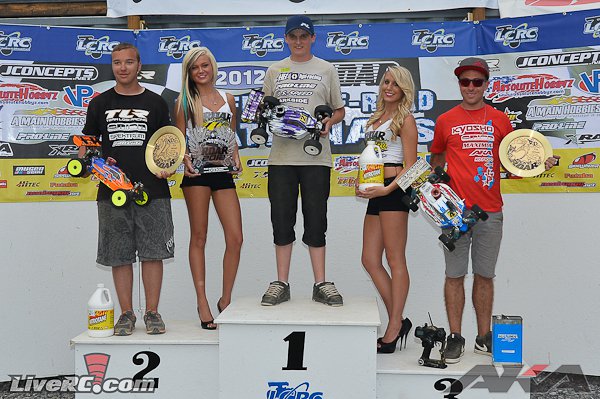